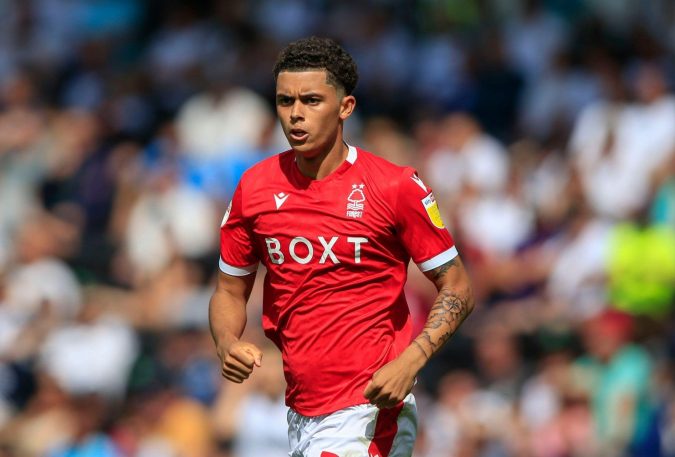 It’s Friday night football in the EFL Championship as Sheffield United host Nottingham Forest at Bramall Lane, with both sides going into this one in decent form as they chase a playoff spot.

Nottingham Forest have been impressive of late, not just in the Championship but have produced not one but two of the FA Cup shocks, knocking out both Arsenal and Leicester. Forest have only lost 1 of their last 10 games in all competitions and increased their unbeaten streak to 5 against Bristol City at the weekend.

Millwall ended Sheffield United’s 9 game unbeaten run as they conceded for the first time in 5 matches via a Cooper header. Paul Heckingbottom will hope that his side can return to winning ways and move into the playoff spots, but this will be no easy task against a good Nottingham Forest side.

Steve Cooper goes into this with almost a full squad with only Grabban, Samba and Lowe unavailable for selection on Friday. Paul Hickingbottom has a few more injuries to worry about with Stevens, Brewster and McGoldrick among those the injury list.

This looks to be “six pointer” in both team’s effort to grab a promotion spot and I think this could be a cagey affair with both sides setting up to not lose it. I have put together 3 selections for this exciting contest along with research and a pre match cheat sheet!

My first selection of my bet builder is both teams not to score, neither team has conceded many goals of late and with 3 important points up for grab on Friday it could be another cagey affair as neither team will want to lose this against potential playoff rivals, with just 2 points separating the sides.

Sheffield United will look to bounce back after their defeat to Millwall at the weekend thanks to a Cooper header from a set piece, ending their 9-game unbeaten streak. Before the Millwall game, Sheffield united had 5 consecutive clean sheets and were unlucky to lose the game with a dominant display at The Den. Aside from their 4-0 hammering over Swansea, Sheffield United have suffered a bit of a goal drought with only 1 goal in their other 4 previous games so this might be a bit of a worry for Paul Heckingbottom with Rhian Brewster still unavailable for the home side.

Nottingham Forrest returned to winning ways after seeing off Bristol City on Saturday, keeping their second clean sheet in a row. Only 3 teams have conceded less goals than Nottingham Forest this season, helped by Steve Cooper’s 5 at the back formation that he favours.

Only 1 of the last 4 meetings between these two have seen both teams score and has recently been a pretty low scoring fixture with only 5 goals combined in these 4 games. I expect both teams to try and cancel each other out with their defensive formations with both teams likely lining up with 5 at the back again.

Oliver Norwood to be Shown a Card

Sheffield United’s Oliver Norwood was 1 of 4 Sheffield United players to be booked as his side were frustrated in their defeat to Millwall last time out, which seen him pick up his 8th yellow card of the season. Norwood has seen yellow in the last 2 meetings between these sides and looks decent value for the second selection of my bet builder.

As you can see from my cheat sheet below, Norwood averages 1.35 fouls per game and will be up against some tough opponents on Friday Night – the main one being Jack Colback, who will likely line up in Forest’s midfield and this should be a battle with 2 short-fused players going head-to-head. Other potential opponents in the midfield will likely be attacking midfielder Zinkernagel with Yates or Garner likely pairing up with Colback in behind. All of these Forest midfielder’s average over 1.5 fouls drawn per game, so I fancy Norwood to pick up a yellow in what should be a fierce contest.

Referee Josh Smith averages 3.61 yellow cards per game and I fancy Norwood to be one of the players that sees yellow if Smith dishes out the cards like he normally does. I really like the look of this contest in the midfield between Norwood and Colback but I have opted to back Norwood for this bet builder.

Prediction: Oliver Norwood to be Shown a Card

Brennan Johnson to have 1+ Shot on Target

The final selection for my bet builder focuses on Welsh youngster, Brennan Johnson. The 20-year-old has impressed for Forest this season and has caught the eye of Premier League sides. Johnson has been enjoying his football at Forest since returning from loan this season, registering 10 goals and 6 assists showing he is clearly one for the future.

Although he averages less than 1 shot on target per game on the cheat sheet, Johnson has had 7 shots on target in Forest’s last 4 games showing that he is a nuisance up front and will no doubt cause the Sheffield United back line trouble alongside his strike partner, Keinan Davis.

Johnson will be one of the main attacking threats as Nottingham Forest look to leapfrog their opponents and I think Johnson will manage to test Foderingham at least once on Friday.

Prediction: Brennan Johnson to have 1+ Shot on Target

Sign up to Paddy Power and get a full refund if your first bet loses. Grab an account through the offer below and place £30 on the 9/1 Sheffield United v Nottingham Forest Bet Builder. Here are the two possible outcomes: