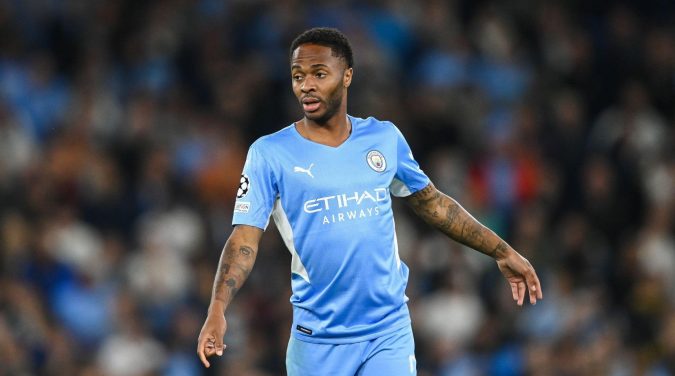 Champions League nights are back as Manchester City travel to Portugal to face Sporting Lisbon at Estádio José Alvalade. Sporting Lisbon have made the round of 16 for the first time since 2008/2009 but face a tough task as Pep Guardiola’s Man City look to progress, with key players rested at the weekend as full focus is turned to this first leg tie. City will need to be at their best to come away with anything as Sporting Lisbon have only lost twice at home this season in all competitions.

Sporting Lisbon come into this fixture on the back of a 2-2 draw with Porto in what was a feisty affair which seen 5 red cards and 7 yellows while Man City eased passed Norwich with the help of Raheem Sterling’s hattrick.

Sporting Lisbon manager Rúben Amorim has no new injury concerns and Pedro Goncalves is set to shake off his injury and return to the home side to help in attack.

Pep Guardiola will be without Kyle Walker through suspension, and it looks as though he could be without Grealish who has picked up a knock similar to what he had to deal with at Villa, but with Raheem Sterling’s current form he was unlikely to be dropped for Grealish anyway. Jesus and Palmer are also doubts for the travelling side but City still have plenty quality and talent in the team to get the job done in Lisbon.

Joao Cancelo, Bernardo Silva and Ruben Dias make a return to their homeland for this fixture but all 3 of them played for Sporting Lisbon’s fierce rivals Benfica so they should be up for a battle in this one. Sporting’s right wing back Pedro Porro could line up against his parent club if he is favoured by Ruben Amorim over Esgaio.

I have put together a bet builder including a booking and goal scorers bet in the selections currently coming in at around 17.39, with a pre match Cheat Sheet to look at too.

Rodri to be Booked

The first selection of this bet builder looks to Man City, Rodri should come back into the heart of the midfield after being rested at the weekend against Norwich and will play a key part in the middle of the pitch one again like he has done many times for city this season.

Despite his slow start to life at the Etihad when he moved from Atletico Madrid, Rodri has established into one of the first names on Guardiola’s team sheet which is impressive considering the rotation that goes on at Man City.

Rodri tops the Cheat Sheet for fouls committed with an average of 1.75 fouls per game for the Citizens, resulting in him picking up 5 yellows in 19 appearances this season meaning he averages a yellow card every 3.8 games. Another reason for this selection is that Rodri will have to deal with Paulinha in midfield who averages 2.98 fouls drawn per game, so I fancy him to win a couple of fouls from the Spanish midfielder.

There is potential for Sporting to frustrate City here which could lead to harsh tackles in the midfield with Rodri usually being the main culprit for a dirty tackle. At odds of 3.6 there is decent value in this after researching the stats.

Prediction: Rodri to be Booked

After his performance at the weekend this selection probably comes as no surprise that I am backing Sterling to find the net again after bagging himself 3 against Norwich. Sterling will play a key role in City’s front three in trying to break down the Sporting defence and is expected to retain his place in Guardiola’s side for this Champions League tie.

Sterling tops the Cheat Sheet for Shots on target with 1.33 shots on target per game and isn’t shy to try his luck at goal with 2.59 shots per game . Sterling has improved his finishing over the years and proved this by scoring the perfect hattrick at the weekend helping his side to a 4-0 victory to maintain their lead at the top of the Premier League table. Talks of Sterling leaving the club have quickly turned into talks of him signing a new deal with his 10 goals and 1 assist this season meaning he is 3rd top scorer in the league. He is important to Manchester City and to Pep and he will look to keep him with only Aguero and Messi scoring more goals under the Spanish manager.

There’s no questioning Sterling’s ability with his great skill and close control on the ball and adding finishing to his game has made him more dangerous than ever. City will look to take the advantage home to the Etihad next week and with Sterling currently being City’s main goal threat, I think he could be the difference between the two sides.

I think this game has goals in it and I think Sterling could find the net again at odds of 2.2.

Paulinho to have 1+ Shot on Target

The final selection of this bet builder turns to the home side, more specifically their striker, Paulinho, who is set to lead the line for Sporting in the last 16 for their first time since 08/09.

The Portuguese striker has made 21 appearances for Sporting this season contributing with 9 goals and 3 assists in the process. The 29-year-old will look to retain his place up front despite the signing of Slimani as he faces some of his national teammates at Manchester city

Paulinho’s Cheat Sheet stats are decent too averaging 1.1 shots on target per game, the striker managed to hit the target 2 times in his last game including grabbing a goal. Sporting will look to test Ederson to and with Paulinho being the main man up top he could be the man to do it.

Prediction: Paulinho to have 1+ Shot on Target

Sign up to Paddy Power and get a full refund if your first bet loses. Grab an account through the offer below and place £30 on the 16.39/1 Sporting Lisbon v Manchester City Bet Builder. Here are the two possible outcomes: