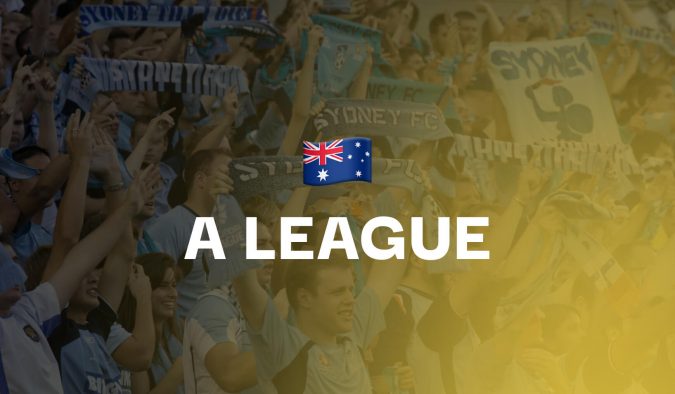 Wellington Phoenix have had a tumultuous few weeks in the A-League sandwiching two wins in between 6-0, 5-0, and, their most recent result, a 4-0 defeat by Central Coast Mariners. Western Sydney Wanderers picked up a victory in their match in midweek, beating Newcastle Jets 3-2.

Wellington have maintained their place in the top six despite their less than ideal form but they will need to improve to stand a chance of appearing in the finals series this season. Big defeats mean the side have conceded 43 times this season, more than any other side in the A-League this term.

Western Sydney have struggled this season, and their win over Newcastle Jets was their first victory in five games. They’ve been able to find the net in recent weeks though, scoring eight times in their last five matches to pull themselves well clear of Perth Glory in bottom spot.

Goals have been flowing in matches featuring both of these sides and there have been 16 goals in the last four meetings between the two. This draws the eye towards the goals market and the over 2.5 line looks like it could take a beating this weekend.

Adelaide United haven’t played for 11 days prior to this match but are on a two game winning streak that has seen them beating Sydney FC and Macarthur. Perth Glory are on their worst run in recent memory, seeing their 14 match run without a win extended when they were defeated 6-0 by Western United last time out.

Adelaide United have become the masters of late goals this season, scoring in the 85th minute or later multiple times to secure points. Their win over Sydney came via a 95th minute winner and lifted them to fourth in the league, although things are so tight in the race for a top six finish that they still aren’t assured of finals series football.

Perth Glory have had a season to forget, losing 15 of their 23 matches including six of their last seven. They will be keen for the season to end as quickly as possible with the side only scoring 17 goals in 23 matches and being rooted to the bottom of the table. Adelaide United come into the match as heavy favourites, leaving no value in the outright market but with Perth Glory scoring just five goals in their last 10 games, the best course of action in this game looks to be in backing both teams to not score this weekend

Brisbane Roar have now gone three games without a win following their 2-1 loss to Macarthur last weekend. Melbourne Victory are in a rich vein of form, going 12 games without a loss; a run extended by their 4-1 win over Macarthur in midweek.

Brisbane Roar have largely had a disappointing season, winning just six of their 22 games so far and only being kept off the bottom of the table by a poor Perth Glory side. They have won just one of their last seven games, struggling to find victories against the sides above them in the league.

Melbourne Victory have seen their form really pick up in the second half of the season and this could lead to a late title challenge, although it looks a little late at this point. They have won five of their last six games, rising to third in the table and looking dangerous across the pitch.

This match looks as though it should be a little easier for the away side than the hosts, with Melbourne Victory having the second best away record in the league. Melbourne Victory being odds against for this tie seems too good to turn down this weekend though.