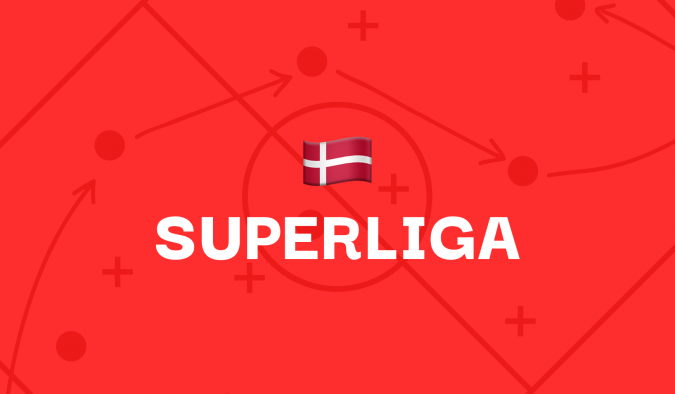 In this game we are faced with the enigma of the Danish Superliga that is Silkeborg, who last time out suffered only their 3rd loss of the season when they went down 1-0 to Brondby. But despite the previous result there is no doubt that Silkeborg know where the goal is. They average 6.1 shots on target per game (1st in the league), they’ve created 36 big chances (3rd in the league), they average 1.7 goals per game (3rd in the league). Then on the defensive side they are strong too, conceding only 0.9 goals per game the 2nd best in the league. Their only pitfall is they fail to finish off games, a league high of 10 draws sees them down in 5th rather than in the top three, which is where every stat suggests they should be.

Randers, it’s been a strange season for the Danish giants who have undoubtably suffered at the hands a rough time in the Europa League and Europa Conference League. Before their European campaign started Randers hadn’t lost a game and won four of their opening five matches. But since their first Europa League game against Galatasaray in August they have only won a further four games! Goals have also dried up, with only two goals in their last seven matches. Randers don’t have a great history against Silkeborg and with the way they have been playing this season I can’t see their luck changing without something dramatic.

But the result of this game should be simple, Silkeborg have lost only three times this season while Randers have only won once since the start of November. Randers are dropping like a stone while Silkeborg are an almost immoveable object. Silkeborg should win this game but baring that a double chance bet should more than cover that, if Randers win it’d be a massive shock.

For the uninitiated, let’s set the scene. It’s between 2005 – 2010 and the Premier League has its three big boys. Each year one of the big three takes the title and every time they face off the world turns its head and watches. This is one of those games and right now Midtjylland and Copenhagen are the two best teams in Denmark.

Explosive, tactical and unpredictable. That’s the best way you could describe this game and when it’s played in Middle Jutland at the MCH Arena it’s a different game completely. In their last 10 meetings with Midtjylland as hosts, only once has there been less than three goals, which was a 2-0 victory for the home side back in 2018. But the other nine occasions, well The Wolves have won every single one. In fact, the last time that Midtjylland didn’t beat Copenhagen at home was six years ago. The following 10 games has seen an aggregate score of 33 – 9 to Midtjylland. That’s 4.2 goals per game by the way…

This season Copenhagen have the edge in the league, just. They are three points clear at the top of the table and have won their last four games in a row in the league with Brondby and, guess who, Midtjylland the only sides get the better of them. In a total of 40 games the two sides have scored a combined 77 goals.

Last time they faced off Midtjylland got a narrow victory away in Copenhagen winning 1-0, but if there are less than two goals in this game, I’d be more than surprised. Midtjylland are behind in the league, and they have a chance to close the gap in front of a home crowd. These sides are not only 1st and 2nd in the league but they are also 1st and 2nd for goals per game, over 2.5 goals should be a secure bet for this match.

Aaalborg are almost certainly living the season that Odense think they should have, and once again in the weird and wacky world that is Danish football it is hard to separate the two sides at the moment with only league position clearly separating the two sides. Odense are a much better team at home, three of their four wins have been at their home ground but as has been mentioned before they have just been very average. They are having to do a lot of defending and the stats show that attacking wise they are just average for everything.

Aalborg’s team has nothing particularly special about it, when you look at the stats comparison throughout the league but one that does stand out is big chances missed. They have only missed 19 all season with all the teams around them at the bottom of the table simply because they don’t actually create any chances. But Aalborg, they aren’t creating many chances, in fact they are 9th out of 12 teams, but they are not wasting them when they get them. They aren’t playing in any special way, but they are doing the simple stuff better than anyone and that is finding the back of the net when they get the chance.

Had this game been played before the winter break an Aalborg win would be on the cards, but Odense are playing their hearts out right now. They are unpredictable, they have weaknesses, but they are doing everything they can to change their season before the season split. They should have beaten Midtjylland, and they should have won against SonderjyskE last week. They are team that are growing with confidence and even against a side 4th in the league, I do back them to score, but with their all-out attack approach at the moment they will concede goals.

Sign up to Betfair and get a full refund if your first bet loses. Grab an account through the offer below and place £20 on the 3/1 Danish Superliga Best Bets Treble. Here are the two possible outcomes: