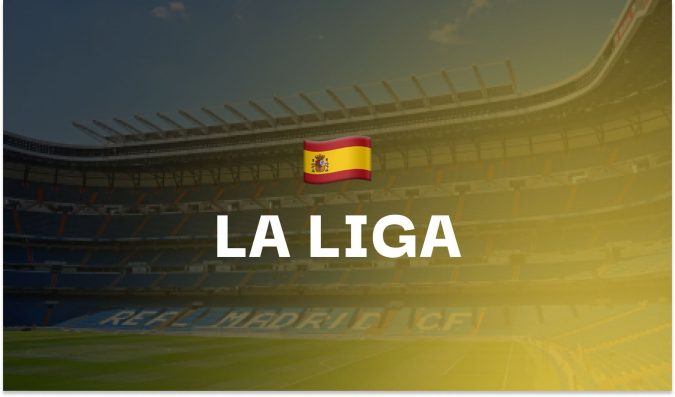 A relegation six-pointer if ever there was one, this tie will pit 16th against 19th with visitors Levante knowing that time is running out to cut the seven-point gap between them and safety.

Both sides have kept a clean sheet only once in their last five, and so we can expect goals in Granada. Only Levante have conceded more goals at home than Granada, while no side has conceded more on the road than the Valencian team.

With 61% of their games involving both teams scoring, Granada in particular look likely to allow the goals to flow. Granada could have Santi Arias and Máxime Gonalons back available, with the latter the more likely to start on Estadio Nuevo Los Cármenes come Sunday lunchtime.

Levante face a big blow in the form of their absentees, midfield maestro José Luis Campaña, due to suspension, and forward Roger Martí, through injury. However, talisman José Luis Morales will be available and has contributed 45% of all Levante goals in LaLiga this season. At 5.0 to score first, Levante’s captain would be a wise bet.

Seven of the last eight matches between these teams have ended with both teams scoring, and there’s good reason to expect that run to continue in Andalusia. With a draw suiting neither side, expect both teams to take risks on their leaky defence in search of victory.

Diego Simeone will be looking for a reaction from his team following Champions League elimination against Manchester City on Wednesday, and there won’t be much room for rotation with his squad given the race for the top four as they take on Espanyol.

The extent of any rotation remains to be seen, particularly as El Cholo has been reluctant to make widespread changes in recent weeks. João Félix is likely to start again in attack and will lead Atleti’s offensive front, though much will depend upon who lined up in midfield with two of Rodrigo de Paul, Thomas Lemar and Geoffrey Kondogbia likely to start.

The Pericos have won only once away from home all season and will struggle to take away a positive result from the capital this time. Atlético’s defence has improved in recent weeks and they look more likely to prevent visitors from scoring, given that Getafe were the last team to score two at the Estadio Wanda Metropolitano in early February.

None of Espanyol’s last five games have ended with more than 2.5 goals, averaging 1.4 goals per game, and Atleti’s last five are similar with only one surpassing 2.5 goals with an average of 1.6 goals per game. That means that under 2.5 goals on this occasion looks a sensible bet.

All that’s left to play for this season for these two teams is a faint dream of Europe for Athletic, but a 10-point gap makes it seem unlikely that they’ll be able to make up the distance.

Despite that, Athletic are unbeaten at San Mamés in 2022 and have taken 13 points from a possible 15, while Celta Vigo haven’t won in four, with their last away win coming on 2nd January.

The home side are favourites, but at good value, and with good reason. Their goal scoring issues from earlier on in the season have eased, with their last eight goals all coming from different goalscorers.

Marcelino will also be able to count upon Iñigo Martínez and Mikel Vesga as both regulars return after spells on the sidelines, giving the Leones another boost to the home team as their coach looks to beat his former side, and in Eduardo Coudet, a coach who he has never lost to.

The visitors have been on the beach for a while, with a comfortable eight points and five positions above the bottom three. Uncertainty surrounding Santi Mina and an ongoing court case has not prevented him from playing for Celta, but he has now gone 10 games without a goal, having averaged one every three beforehand this season.

The headline fixture of this weekend pits Sevilla up against Real Madrid in what will be one of the toughest tests that the visitors will face domestically before they can get their hands on the LaLiga trophy come the end of the season.

Sevilla are the only side in Spain to remain unbeaten at home, having taken 37 points from a possible 45 at the Estadio Ramón Sánchez Pizjuán to date. Julen Lopetegui faces his former side with the good news that Thomas Delaney and Marcos Acuña are back available, and we could see Papu Gómez start after his goal scoring return last time out against Granada. The hosts will also be boosted by nine days’ rest since their last match.

In complete contrast, Real Madrid come into this game off the back of an incredibly intense Champions League quarter-final clash with Chelsea which went to extra-time. They lost several players to injury in the process, with Ferland Mendy and Marcelo both out, adding to the defensive woes created by doubts over the fitness of Nacho who suffered muscle fatigue against the Blues. Karim Benzema was also struggling late on in that game, and Casemiro has also been ruled out due to suspension.

While this tie looked likely to be a low-scoring one, Real Madrid’s defensive concerns do open the door to some more entertainment. In-form and always the man for the big occasion, Papu Gómez would be excellent value for first goalscorer at 7.50.

Sevilla will be confident of taking a result from this one, and extending their impressive form. Their only two defeats in LaLiga since October have been at the Estadio Santiago Bernabéu and Camp Nou, but home advantage should give them the edge this time.

Camp Nou was stunned by 30,000 Eintracht Frankfurt fans on Thursday night as the Germans sent them packing in the Europa League, but Monday’s LaLiga fixture should prove a much less challenging preposition.

“We have to fight for LaLiga,” club president Joan Laporta said after that defeat, and Xavi is unlikely to take his foot off the gas as the Catalans seek to put pressure on leaders Real Madrid with time running out quickly and a significant distance between the teams.

One blow comes in injury to Pedri, who is unlikely to play again this season, but Frenkie de Jong will return to the line-up having fallen unwell in midweek. The biggest uncertainty in Barcelona’s team is likely to be whether Gerard Piqué will feature after not being included to face Eintracht.

Cádiz have proved more difficult opposition of late, and have only conceded two goals or more twice in their last eight fixtures. However, they dropped back into the bottom three following last weekend’s defeat to Real Betis and have recorded only one away win all season.

Coach Sergio González is expected to go with an offensive selection including Lucas Pérez and Álvaro Negredo in attack, which could open them up to Barcelona’s attacking trident of Pierre-Emerick Aubameyang, Ferran Torres and Ousmane Dembélé and lead to a convincing win for Barça.

Sign up to Betfair and get a full refund if your first bet loses. Grab an account through the offer below and place £20 on the 13/2 La Liga Best Bets Accumulator. Here are the two possible outcomes: