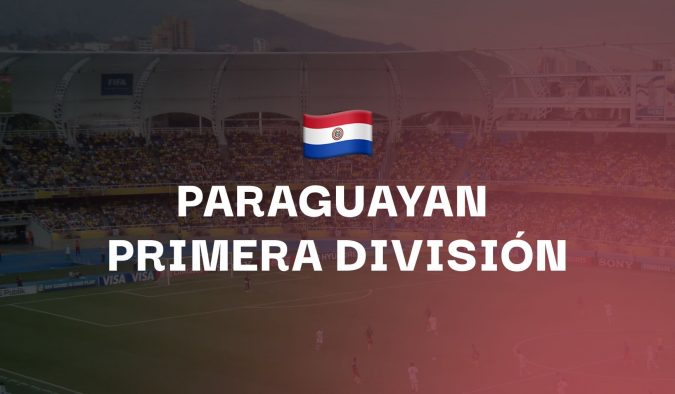 Guaireña return to their home ground Parque La Guairá after three matches on the road in which they managed to win two and draw one. They are unbeaten in their last three league games at home, and in fact their only three defeats have come against the big sides (Libertad, Cerro Porteño and Olimpia).

With the Copa Sudamericana campaign over the Albiceleste are likely to field their strongest side, meaning top performers like Mario Otazú and Richard Salinas should start. Uruguayan striker Anthony Alonso has also been used sparingly in the league until recently, making just four starts. He scored a brace in his last outing, a 4-0 rout of 12 de Octubre.

General Caballero remain joint bottom of the league with new coach Luciano Theiler yet to make much of an impact since joining in April. The Argentinian coach is averaging 0.67 points per game in the league, compared to his predecessor’s 0.82. They have been further rocked by Santiago Salcedo’s decision to rescind his contract, the 40-year-old striker is the all-time topscorer in Paraguayan football and had netted three times this season, only Junior Marabel (4) has more for the Rojo.

The previous meeting this season ended in a 1-0 win to Guaireña, and they are rightly favourites heading into Sunday’s clash.

Sol de América have been a mixed bag of late, picking up two wins, two draws and two defeats in their last six. They have kept two cleansheets on that run and had two scoreless games so it is hard to know which version of the Danzarín will show up on Sunday against lowly 12 de Octubre.

They will likely line-up without Iván Cazal who played for the national team on Friday in South Korea, the only player called up to the Paraguay squad. But topscorer José Verdún is set to start having not managed the full 90 minutes in their previous match, a 0-0 draw against Resistencia.

This game will be Robert Pereira’s first in charge of 12 de Octubre, he replaced the disappointing Sergio Orteman last week. Pereira was in the dugout for 10 games at Tacuary picking up 15 points in that spell including impressive wins against Guaraní and Cerro Porteño. It won’t be an easy task starting away from home, the Tejedores are yet to win outside of Itauguá this year, and have only scored in one away game against non-promoted sides (a 2-2 draw with Nacional).

An intriguing matchup between two sides locked on the same points and goal difference, both sporting just one win in their last five matches. Nacional have conceded a lot of goals this season, but they’ve proved that they can outscore opponents with 5 of their 6 wins coming in games where both teams scored.

The main goalscoring threat has been Argentinian Facundo Bruera who has registered nine goals this season, the third best in the division. Earlier this week he was set to return home, his loan spell over, but by Thursday Nacional had used the option to buy and secured his services going forward. He will be a key player on Monday night.

Tacuary’s coach Robert Pereira left abruptly in early May, a disagreement with the board of directors over the treatment of his staff, and Humberto Ovelar is yet to get the side clicking. Two heavy defeats followed by a fortuitous win over Ameliano in their last match. They have only scored in 2 of 8 away games this season, while Nacional have scored in all but two at the Arsenio Erico.

The league leaders visit Dos Bocas for what is always a feisty atmosphere between two sets of fans that claim they are the third biggest side in the country. Both teams were on top form heading into the international break, Guaraní have won three on the bounce in the league for the first time since October. Meanwhile, the visitors Libertad have won six in a row in the local league, their only recent defeat a Copa Libertadores match in Brazil against Atlético Paranaense.

In recent fixtures it is the Gumarelo who have come out on top, unbeaten in their last five meetings with the aurinegro. Guaraní’s last victory was a 3-1 win in December 2020 in a game played at a neutral venue.  You have to go back over three years to February 2019 to find the last time Guaraní won at home in this fixture, an incredible game when they scored twice in stoppage time to win 3-1.

Goals are expected as with any game involving Libertad, they score on average 2.24 per game while matches involving Guaraní see an average of 2.65 goals per game. Even in the last three matches without their top scorer Julio Enciso, who is on the verge of joining Brighton in the Premier League, the table toppers still managed to score 7 goals. On the other side of the rivalry is Fernando Fernandez, the all-time topscorer for Guaraní who recently surpassed 100 goals with the club and is the current topscorer in the Apertura with 12 strikes.

Sign up to Betfair and get a full refund if your first bet loses. Grab an account through the offer below and place £20 on the 7/1 Paraguayan Primera Best Bets Accumulator. Here are the two possible outcomes: