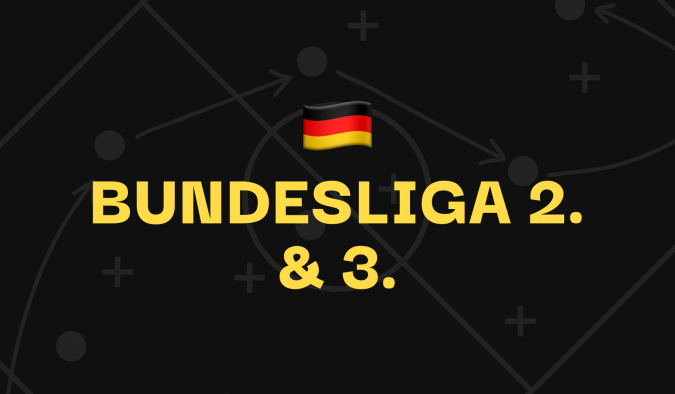 It’s one of the promotion favorites in Werder Bremen here today, hosting struggling Dynamo Dresden. I expect Werder to be victorious here. Werder Bremen are topping the table, 24 games into the league. They have booked 13 wins and are one point ahead of the two sides just behind them. Werder booked an excellent win over Hamburger SV last week through an impressive 3-2 win. The two key forwards proved crucial as usual, with Marvin Dücksch scoring twice and Niclas Füllkrug scoring as well. They now have 14 and 11 goals scored respectively.

Dresden who were promoted this season find themselves just barely above the relegation zone, they are 10 points clear of direct relegation but Hansa Rostock in 16th are just one point behind. Dresden have booked 7 wins, 5 draws and 12 losses but things haven’t been going their way as of late. Their 1-0 home loss to Darmstadt may not be such of an issue, but they failing to win any of their last 7 league games is an issue for more concern.

Werder have a suspension to deal with, Romano Schmid picked up his fifth yellow card of the season. Schmid is an important player, with 24 appearances and 3 goals scored, but there are ample options available to replace him, especially against a struggling side such as Dresden.

To make things more difficult for Dynamo Dresden, ever present Yannick Stark faces a suspension., so I can only see Bremen coming out on top here.

Fortuna Düsseldorf are hosting a side that’s in peril, as MSV Ingolstadt are down in bottom position. I’m looking at a home win here. Düsseldorf themselves only sit in 13th place, two points from the 16th spot for promotion/relegation, but a win could mathematically bring them within one point of the 12th place, and they are currently trailing 8th ranked Paderborn by just six points. Düsseldorf’s recent results have been OK. They bagged a 0-0 away draw to Jahn Regensburg in the last match round and have won their two games before.

Ingolstadt are dead last and are looking at a new season in a lower division. They have secured only 15 points in their 24 games played so far this season. They trail Erzgebirge Aue by one point, but more importantly, 16th ranked Hansa Rostock are already 10 points clear. Ingolstadt hosted promotion candidates St. Pauli last match round and fell to a 3-1 home defeat. Ingolstadt have booked one win in their last six league games played, but have also lost three of their last six. They have the most losses of all teams this season (15) and the least amount of goals scored (22)

Düsseldorf’s new manager Daniel Thioune, so far is still undefeated and faces no major injuries or suspensions. Ingolstadt are likely without Michael Heinloth and also his replacement Maximilian Neuberger, although I can’t see him having enough impact to stop a Düsseldorf win.

Promotion contenders Saarbrücken are hosting mid-table Meppen in the 29th round in the 3. Liga.
Saarbrücken should normally come out on top here. They sit in a good fourth place in the table, trailing third ranked Braunschweig by 2, and second ranked Kaiserslautern by 4. Braunschweig are in third which means promotion/relegation playoffs. Kaiserslautern are second and that would mean direct promotion at the end of the season. Saarbrücken have won and lost 4 of their last 8, but have generally defeated the lower ranked sides.

Meppen sit in a reasonable 10th place, they trail their opponents by 5 points. However, Meppen have lost three and drawn two of their past five. They have also scored just four goals in their last eight. Meppen have also lost four of their last five away games played, and allowed a league worst 29 goals with 0 goals scored and 14 allowed in these four.

Saarbrücken should win this encounter. Historically they have also never lost to Meppen at home in the professional levels, beating them six times and drawing once. Julian Gunther-Schmidt is out for the home side, but this should not provide too much issues for the home side against struggling Meppen. Jeron Al-Hazeimeh, Thilo Leugers and Luka Tankulic are doubtful for Meppen, meaning a Saarbrücken is even more likely.

Sign up to Betfair and get a full refund if your first bet loses. Grab an account through the offer below and place £20 on the 5/2 Bundesliga 2 & 3. Liga Best Bets Treble. Here are the two possible outcomes: