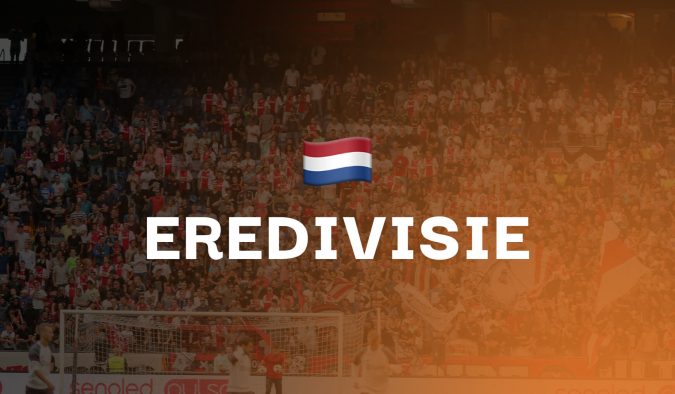 With teams in the top eight all playing on Saturday, Sunday’s Eredivisie is all about the bottom end of the table. PEC Zwolle have been 18th in the table for much of the season, but their turn-around under Joseph Oosting has been remarkable, and they are now very much involved in one of the most exciting relegation battles in recent years in Dutch football.

At the moment, Go Ahead Eagles are eight points above the bottom three with seven games left to play, but they are not at all assured of survival having taken only thirteen points from fifteen matches. Their main tactic this season has been to have a rigid defensive unit that allows forward players such as Inigo Cordoba (on 11 goals for the season now in all competitions) to cause the damage.

Meanwhile, PEC had a mini glut of goals in the New Year, but that seems to have dried up just as they seemed to be getting out of trouble; they have not scored in five of their last six games – if you include their friendly defeat to Heerenveen in that over the international break. The odds of under 2.5 goals suggest how likely it may be, and I think you have to go for that here.

This is another one of those winnable home games that I looked towards around two months ago when I was contemplating Fortuna’s chances of survival. No doubt the players too will be eyeing up games against Heracles, Sparta and Go Ahead this month. In the last eight weeks, they have beaten Heerenveen and Willem II in Sittard, but they lost to Zwolle. No doubt that if Sjors Ultee’s side are to stay up, it will be an almighty scrap for points.

Bizarrely, Heracles are still the only side in the Eredivisie to not win away from home all season. The return of club icon striker Samuel Armenteros has not been a successful one since his third spell at the club in January. The goals of Rai Vloet are sorely missed, but there is seemingly no way back for the attacking midfielder after a drink-drive offense caused a fatality. Whilst the squad is quite an average one this season, Vloet’s actions and Frank Wormuth moving on from the club have just left the Almelo side feeling a bit stale and like they just want the end of the season.

A magnificent opportunity for the Sittard side then. With some quality from Zian Flemming and Mats Seuntjens they will get the three points

Sparta are one of those sides that you may want to avoid watching too often. However, they are becoming a great bet for under 2.5 goals. If you include the game against Vitesse which was suspended in stoppage time, then they have kept four clean sheets in their last five and there has been only one goal or less in those four. Henk Fraser has clearly been working his magic again despite a very tough campaign in which they have been in the mire. Both of these sides may rely upon set pieces to get their victory.

Heerenveen picked up a confidence-boosting three points last time out by beating Heracles. Although they had lots of possession and created some good chances to score, they are definitely still short of where they will want to be next season – just like Sparta, they can be a tough watch. Kees van Wonderen is the new manager in Friesland next season; he’s also a defensive-minded manager.

If you count their latest friendly, Heerenveen have kept four clean sheets in a row. I still see the Rotterdam outfit coming out on top because of their dire need for points

With all of these cagey-looking relegation matches, I hope that this will be a little more open and fun. Both of these teams were promoted last season, and yet they also both sit in the top ten. It looked like for a while that Cambuur and NEC would be pushing for a top-eight place which would bring a European play-off place; sadly, the wins have dried up.

Henk de Jong’s illness has unfortunately persisted throughout this season; the club hopes to have him back in place for August, and you can see the influence he had on the side’s football.

Meanwhile, Rogier Meijer has just signed a new contract taking him up until the end of next season. Some sections of the NEC supporters are not happy with this though despite their complete avoidance of the relegation battle. One league win in nine in 2022 is not a good record though and they rarely play scintillating football.

On Sunday, I think Cambuur may come out on top, and on the whole, Cambuur continue to play expansive football, so over 2.5 goals is a reasonable prediction

Sign up to Betfair and get a full refund if your first bet loses. Grab an account through the offer below and place £20 on the 11/2 Eredivisie Best Bets Accumulator. Here are the two possible outcomes: