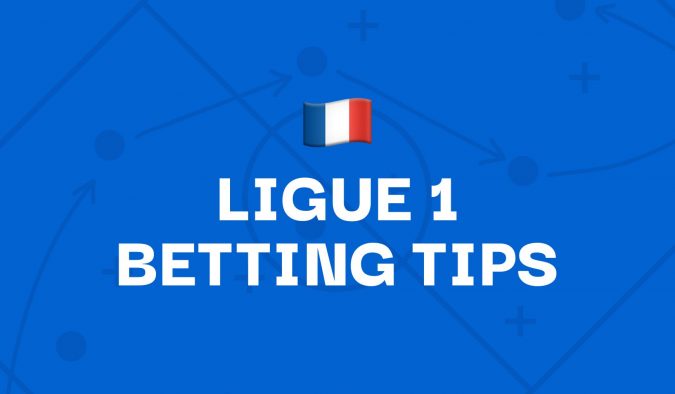 Brest finished 2021 as one of Ligue 1’s form teams, having completed a club-record sequence of six successive victories in the top flight. It is a mark of how unexpected this run was that their target remains survival.

Nevertheless, a switch to a 4-4-2 formation has seen a marked upturn in their fortunes, while they have been relatively unaffected by Covid or international call ups thus far in January. Although they beat Bordeaux 3-0 in the Coupe de France last weekend, that was a unique match given their opponents were forced to play a mix of reserve and youth players due to illness.

Nice, meanwhile, lie second in the standings but are regarded as a team that has underperformed this season. This will be their first match of 2022, having been given a bye in the cup, and they are aiming to build on momentum gained thanks to 2-1 victories over Rennes and Lens ahead of the winter shutdown.

Christophe Galtier’s side are also thought to be in good health, although Mario Lemina and Youcef Atal are on international duty. Nice, though, boast good depth in their squad and have the capacity to cover for these absences.

Posting six wins and a draw, which came at PSG, from their nine away matches this season, they post the second-best points-per-game on the road in Ligue 1 after Marseille.

Both Clermont and Reims will go into Sunday’s Ligue 1 fixture missing a raft of key players, frustrating given the importance of the match to the clubs as they fight relegation.

Clermont have adapted better to Ligue 1 than results might suggest, but the depth of their squad is set to be tested to the extreme in the weeks ahead. Leading scorer Mohamed Bayo is one of three players on international duty and the striker has proven irreplaceable for the Auvergnats so far. Playmaker Jason Berthomier is doubtful, meanwhile.

There are also ongoing issues in defence, where starter Florent Ogier is definitely out and Cedric Hountondji is at best 50-50 to play. Worse, backup option Jean-Claude Billong is absent.

Perhaps the main comfort that Clermont can take is that their opponents have a string of similar problems. Reims have four players at the AFCON, while they have as many as eight players questionable before Sunday’s match.

Central midfield is their main point of concern. Marshall Munetsi and Azor Matusiwa are both struggling with injury and their third regular, Moreto Cassama, is on international duty.

Reims have lost only one of their last seven in the league, but they have never been so stretched with regards to their personnel.

The derby between Metz and Strasbourg will suffer as a spectacle for being played in front of only 5,000 fans due to Covid restrictions that came into place earlier this week, but the home side’s main problems are very much on the field.

Metz finished 2021 in the relegation zone, albeit picking up four precious points in their previous two matches, but they start 2022 chronically depleted in numbers.

International duty is the main cause of the Lorraine side’s issues, with no fewer than seven of their players at the Africa Cup of Nations. Included in the party from Metz that is at the competition are first-choice goalkeeper Alexandre Oukidja, starting centre-backs Kiki Kouyate and Dylan Bronn, regular midfielders Pape Sarr and Habib Maiga, and chief playmaker Farid Boulaya.

Throw in long-term injuries for defender Matthieu Udol and midfielder Kevin N’Doram and the squad is thin in numbers.

Strasbourg, who lost 1-0 to Montpellier in the cup last weekend, are stretched, but not nearly as badly.Racing’s issues are largely confined to the heart of their defence, where Alexandre Djiku is on international duty and Maxime Le Marchand faces three months out after back surgery. There are doubts over Anthony Caci and Gerzino Nyamsi.

Though beaten by Marseille before the winter break, Strasbourg’s form had previously been very sound as they posted eye-catching wins over Bordeaux and Nice amidst a six-game undefeated run to close out last year.

Metz posted just two home wins throughout 2021, so their prospects of starting the new year in a brighter fashion are limited.

Nantes approach their first Ligue 1 match of 2022 against Monaco off the back of five successive wins in all competitions.

Antoine Kombouare’s side trail their guests by just a point in the standings, aided by a run of three league wins on the spin before the winter shutdown.They have been an impressive force at home all season, with five wins coming from nine home fixtures, albeit typically picking off weaker opponents in these games.Indeed, prior to drawing 1-1 with Monaco on the opening day of the season, they had lost six in succession to the Principality club.

If they are to get their first win against this opponent since 2017, they will have to do so without in-form winger Moses Simon and starting centre-back Jean-Charles Castelletto, who are on international duty. Key forward Randal Kolo Muani is also an injury doubt.

Monaco, though, have more chronic selection issues, with seven members of the squad ruled out of their cup win against Quevilly last weekend because of Covid. Included in this number are four starters. Top scorer Wissam Ben Yedder has since tested positive.

Furthermore, the squad is in a state of flux due to the sacking of Niko Kovac, which came as something of a shock. Philippe Clement has arrived from Club Brugge to take the reins and it remains to be seen how extensive his change in philosophy might be. This will be his first time in charge

Undoubtedly the game of the week in Ligue 1 sees underperforming Lyon face Paris Saint-Germain at the Groupama Stadium.

No club in France’s top flight has served to disappoint this season like OL. Indeed, with the Rhone giants lying in the lower half of the table over Christmas, many were surprised to see head coach Peter Bosz keep his job, having only been appointed in the summer.

Lyon have had their bright moments, though. They played superbly in a 2-1 loss against PSG away from home, inspired by a fine performance from Lucas Paqueta in their midfield. The Brazilian may miss this game due to Covid, however.

Equally, Lionel Messi could be forced out for PSG because of the virus, though his influence on the Parisians remains well below the one he enjoyed a Barcelona. Having scored only one Ligue 1 goal this season, he is in danger of becoming labelled a transfer flop.

Messi is one of several players who has come down with Covid in the Parc des Princes side, though of the others, only Angel Di Maria, who will definitely miss the game, is a first-team regular.

PSG have won six of their 10 away league matches this season, and they will understandably and rightly start this fixture as hot favourites to improve that impressive record further.

Sign up to Betfair and get a full refund if your first bet loses. Grab an account through the offer below and place £20 on the 5/1 Ligue 1 Best Bets Treble. Here are the two possible outcomes: