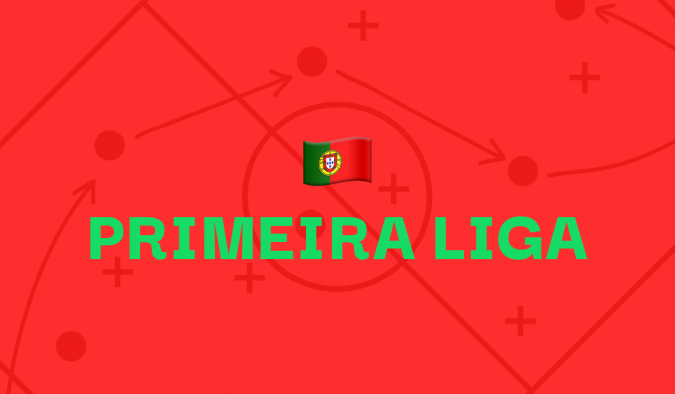 Gil Vicente headed into their away match against Braga on the back of two consecutive draws to Porto and Estoril. They were without their stellar right back Zé Carlos, on loan from Braga, but they nevertheless managed to come out with a victory thanks to an 89th-minute goal from Henrique Martins Gomes. A Barcelos native, Henrique has enjoyed various spells at Gil and came through their youth academy, and the 26-year-old left back scored his first goal since the 2019/20 season. Within 28 seconds of coming on, he flicked the ball past André Horta, breezed past Lucas Mineiro – who had spent the prior season on loan at Gil before joining Braga on a permanent deal – and fired a rocket from 25 yards out into the bottom right corner.

With eight matches remaining, Gil Vicente currently sit fifth in the league table, albeit just a point behind Braga and nine points above Vitória de Guimarães. If they finish fifth, they will be playing in the Europa Conference League playoffs next season – where both Paços de Ferreira and Santa Clara failed to advance to the group stage. If they finish fourth, they’ll be playing in the Europa League group stage.

Gil Vicente will be looking to carry on their Cinderella story as they host Vasco Seabra’s Marítimo on Sunday afternoon. Marítimo have lost their past two fixtures to Ricardo Soares’ side with a one-goal margin, and whilst they will be without Edgar Costa due to suspension, they have what it takes to make this another challenging match-up. Still, Gil Vicente’s coach hasn’t turned into a pumpkin yet, the clock hasn’t struck midnight yet, and I expect their Cinderella story to keep gaining momentum with a crucial victory at home.

Cast your mind back to mid December. A mere four months after facing off against Tottenham in the Europa Conference League playoffs, Paços de Ferreira found themselves in dismal form with five consecutive defeats. With a relegation fight looking likely, Paços sacked manager Jorge Simão and looked set to hire Ricardo Sá Pinto, but after failing to reach an agreement, they ended up hiring César Peixoto instead.

Moreirense have lost four of their last five – their sole point coming in a 1-1 draw vs. relegation battlers Arouca – and they currently sit 17th in the table after a 2-0 defeat to Sporting. Paços, meanwhile, have won three of their last four, with their only defeat coming to league leaders Porto. The Beavers defeated Arouca at the weekend thanks to a goal from Nicolás Gaitán and look to have navigated choppy waters under Peixoto, currently sitting 9th in the league and 10 points above the drop.

The last fixture between these two sides saw Moreirense snatch a 1-1 draw via a late equalizer from André Luis, and if they are to remain in the Primeira for a ninth consecutive season, they’ll need a big result against Paços. I’m expecting a cagey affair between two sides who have stood out more for their defensive fortitude than anything else this season, if anything.

For the second year in a row, Benfica are out of the title race and have been condemned to watch their two eternal rivals compete for the championship. They stumbled out of the Taça de Portugal and at the hands of Porto and were defeated by Sporting in the Taça da Liga Final, but they nevertheless have one slim slither of hope in their attempts to avoid a second consecutive trophyless season.

Despite having 31% possession and 4 shots to their opponents’ 16, Benfica came out of Amsterdam with a 1-0 win against Ajax – the same Ajax that defeated Sporting twice in the group stage by a combined scoreline of 9-3. It is the club’s finest Champions League result since 2006, when they sent the defending champions packing in the Round of 16 and beat Rafa Benítez’s Liverpool 3-0 (whilst Benfica had beaten Zenit in the Round of 16 on two occasions since then, it’s fair to say this victory over Ajax takes the cake).

They will be looking to ride their momentum as they host Estoril Praia on Sunday. Bruno Pinheiro’s side are also enjoying an impressive mini-run of form, having drawn 0-0 to Gil Vicente and beaten Portimonense 2-0 – their first win in a month. The last fixture between the two teams saw Lucas Veríssimo – out since November with a knee injury – open the scoring for Benfica in the second minute, whilst Rosier Loreintz equalized in the 90th minute to secure a 1-1 draw for Estoril. Benfica have won their past five fixtures following Champions League matches, and I’m expecting them to continue that streak with a win at home.

It has been a season of highs and lows for Carlos Carvalhal’s Braga, a season best defined by their past week. After conceding a last-minute winner to Gil Vicente in a vital fixture for Europa League football, Braga comfortably progressed to the quarterfinals of the 2021/22 UEFA Europa League after beating Monaco 3-1 on aggregate. It is the first time the Arcebispos have advanced to the last eight since 2011, when they defeated Liverpool, Dynamo Kyiv and Benfica before losing to Porto in the final in Dublin.

Braga will look to get back to winning ways in the league when they pay a visit to Portimonense. The Algarvian side have lost back-to-back matches in the league and have failed to pick up a single victory since December, a run of form that sees them 11th in the table and nine points above the relegation zone. The last time these two teams met, Braga came out victorious thanks to a brace from Wenderson Galeno and a goal from Mario González, both of whom departed in the January transfer window.

Whilst Braga are without Galeno and González, they have a ‘new signing’ in the form of Al Musrati. The Libyan midfielder has been getting back to his best form in recent weeks and will likely allow Braga to control proceedings in what should be a comfortable win.

Whilst Braga and Benfica prolonged their European adventures, Porto crashed out of the Europa League in the Round of 16. After losing 1-0 in the first leg at home to Lyon, Sérgio Conceição played a heavily rotated line-up in France with Bruno Costa starting over João Mário at right back. After going with a 4-4-2 in Porto, Conceição started with a 4-3-3 with a collection of fresh faces – amongst the front six, only Pepê retained his place in the line-up. And while the Brazilian winger managed to justify his inclusion with a firecracker of a goal, Porto were unable to come up with a second goal in the second half.

“We had 11 days with four games, the players with the most minutes started at Dragão and were far below the required level,” said Conceição after the match. “It wasn’t here that we lost the tie, it was at Dragão.”

Porto will be looking to bounce back with a victory against Boavista in the Derby da Invicta. Boavista have been a competitive opponent under Petit with the Axadrezados drawing to Gil Vicente, Benfica and Braga, but they fell to a 0-0 draw to lowly Belenenses-SAD at the weekend. The last fixture between the two Porto-based sides saw the Dragões come out on top in a 4-1 win thanks to a brace from Evanilson, and I think they’ll have enough in the tank to head into the international break with three points up their sleeve.

Sign up to Betfair and get a full refund if your first bet loses. Grab an account through the offer below and place £20 on the 12/1 Primeira Liga Best Bets Accumulator. Here are the two possible outcomes: