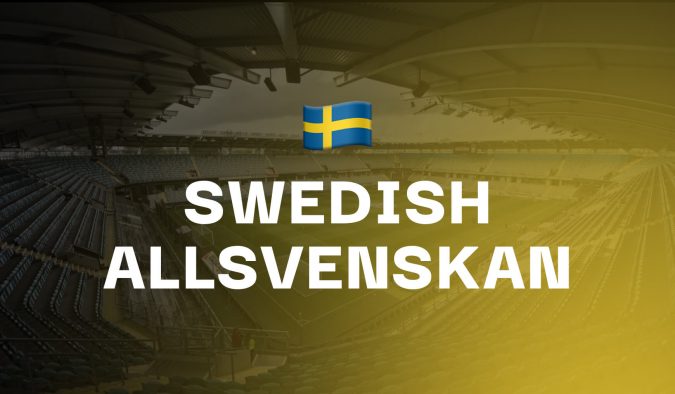 There is no doubting the biggest game of the weekend in Sweden as the top two sides from last season do battle in Malmo on Sunday afternoon.

These two are no strangers to each other having fought to the very last game for the Allsvenskan title in 2021.  It was Malmo who came out on top by virtue of having a better goal-difference with both finishing on the same amount of points.

Not only was it close on points it was close in terms of their two meetings with it ending 1-1 in Stockholm and a narrow 1-0 Malmo victory in Skane.  These sides have recently met in the Swedish Cup on March 14th.  The result that day was a 3-2 extra-time victory for Malmo with a controversial 104th minute penalty proving the difference between the pair.

Both have made similar starts to this season with Malmo on four points from their opening two matches.  They began with a 1-0 success at Kalmar but were held at home 1-1 by Elfsborg last weekend.  Under new coach Milos Milojevic the attack has not been firing on all cylinders yet.

AIK meanwhile lost their opener 4-2 at Hacken and looked far too open in that game which attracted a lot of media criticism.  Last weekend the balance was better as they eased to a composed 1-0 victory over Norrköping.

Given how close the two sides are it is a surprise then to see such a gulf in the two sides in the betting markets.  Even allowing for home advantage it seems the Skåne side are a little too short here.  They did not impress in drawing 1-1 with Elfsborg last weekend and AIK are a stronger side than Elfsborg.

The visitors have managed to draw two of their last three here in 90 minutes including the pre-mentioned Swedish Cup tie in March.  Backing them and the draw in the double chance market at evens is the recommendation.

It is a big local derby on Sunday afternoon (4:30pm) in Sweden as two sides from the second city of Gothenburg do battle at the Bravida Arena.

Both teams have made a good start to the campaign taking a maximum six points each from their first two fixtures.  Hacken sprung a shock on the opening day defeating AIK 4-2 and followed that up with a 2-1 away win at Degefors.  IFK Gothenburg opened with a 2-1 defeat of Varnamo before a 1-0 road success at Helsingborg.

Backing both teams to score looks like the play between two sides who have made a strong scoring start to the season.  It happened in both meetings between the pair last season with it ending 3-2 in Hacken and 1-1 at IFK.  In fact, seven of the last nine head-to-heads have seen both teams find the back of the net.

In both league games played already this season Hacken have seen both teams net and if you go back into the 2021 campaign it is seven of the last nine that have seen BTTS.  Hacken are known for playing a 3-5-2 but it is set up in a more attacking way with the full-backs pushed up high.  This makes for exciting games and the two matches they have played this season have already seen a remarkable nine goals.

Gothenburg are no slouches in front of goal either grabbing three this season already and three of their last five on the road have seen both teams score.  In just two of their last eight road games they have failed to net at least once.  They tend to favour a traditional 4-4-2 but it still allows the midfielders to get forward and support the strikers.

This should be a good watch for neutrals as both sides will go for the game and both teams to score in a passionate local derby is the way to play this.

Elfsborg will be looking to build on a useful point at Malmo last weekend when they host newly promoted Varnamo on Sunday afternoon (4:30pm) in Allsvenskan.

After an opening day disappointment that saw them lose 2-0 at home to Mjallby, Elfsborg bounced back with a strong point away at the defending champions Malmo.  The result was an improvement but they are still struggling in front of goal to create chances.  Per Frick and Jeppe Okkels both grabbed eight goals for the hosts last season but the former has looked out of form and the latter has been benched of late.  The Dane (Okkels) might be recalled to the starting lineup here in a hunt for goals.

Varnamo picked up their opening point last weekend as they battled out a goalless draw at home to Sirius.  They seemed much more solid from a shift in personnel following an opening 2-1 loss at Gothenburg.  The side were known for their attacking play last season but coach Kim Hellberg has already expressed that his team must earn the right to play that way in the highest level of Swedish football.

Under 2.5 goals is the recommended bet here at evens with the odds surely based on the expectation that Elfsborg will hammer Varnamo.  The signs are there though that this is not necessarily the case.

Just two of the last six for Elfsborg in the league at their own place have gone over the 2.5 goal barrier.  When just looking at Elfsborg team goals they have in fact blanked in three of their last six in front of their own fans.

Varnamo are new to Allsvenskan following promotion last season but they have already travelled to Malmo in March in the Swedish Cup which was a big test for them.  On that occasion they maintained their shape and discipline and only lost 2-0.  A repeat of that result would result in a winning bet here.

Sign up to Betfair and get a full refund if your first bet loses. Grab an account through the offer below and place £20 on the 11/2 Swedish Allsvenskan Best Bets Treble. Here are the two possible outcomes: