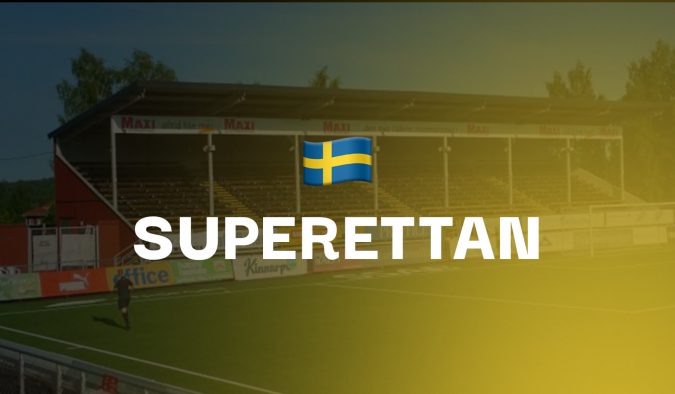 Under the management of Tobias Linderoth, Skovde were promoted into the Swedish second-tier last season, after finishing second in the Ettan Sodra. They have begun life back in the second division in impressive fashion with just two defeats in their opening ten and they are challenging towards the top three and the promotion spots.

They now face a Vasteras side that, despite an up-turn in form prior to the recent break in the Superettan, have endured a really tough campaign. They are languishing in the bottom-half of the 16-team table with just two victories in their opening ten matches.

Despite beginning the season so well in terms of results, Skovde have been reliant on edging games. Only one team has scored fewer than their 15 goals in the top ten teams so far this season. That lack of attacking intent is highlighted in the underlying data whereby they have managed an expected goals ratio of just 0.94 at home – the second lowest in the league.

The idea that Skovde have actually been quite fortunate is actually furthered by the fact that their overall expected goals against average is 1.46 per match, which is the third highest in the league with the two with a higher ratio being Dalkurd and Ostersund in the bottom four of the table.

Vasteras have improved with two draws and a victory in their last three matches but they remain one of the weaker sides in the division. That said, though, with the fifth highest overall expected goals per game, as well as an improvement in form, they will be confident of posing a threat to the Skovde defence and the value for this match will be backing for Skovde to dip as the data suggests is possibly coming soon.

Last season, Utsiktens finished at the top of Division 1 Sodra and, as a consequence of being winners, they were promoted back into the Swedish second-tier for the first time since 2015 and only the second time ever. That should offer a bit of perspective on what their general hopes and aims are for the coming campaign.

They have started their 2022 Superettan season in quite reasonable form with five victories and two draws in their opening ten matches, leaving them just a point off the top three ahead of this weekend’s round of fixtures. They have overperformed their fans’ expectations and are currently averaging just less than 800 per match in attendance – nearly double their record average attendance for a season.

They now face a Brage side that have been even stronger. Under the management of former Swedish international defender Kleber Saarenpaa, the visitors finished tenth in the second-tier last season after a fairly underwhelming campaign. However, this time around, they have won six and lost just one of their opening ten matches as they begin the return to Superettan action sitting second in the table, below a very strong Halmstad side.

These two sides have not only overperformed their pre-season expectations in terms of results, they are doing it in quite entertaining fashion, too. Utsiktens have averaged two goals per game, whilst Brage 2.1 per game. Given that, this one should be a good back in terms of goals.

These two have experienced very different starts to their respective 2022 Superettan seasons. Dalkurd have begun the campaign in really poor form and sit down towards the bottom end of the table, looking to stave off relegation in the rest of the campaign. In comparison, AFC Eskilstuna started wildly well before stumbling but they did manage a victory in their most recent outing.

Under the management of former Ostersunds manager and then assistant manager Amir Azrafshan, Dalkurd will simply be hoping to avoid relegation this season. The Kurdish-found club were promoted from Division 1 Norra in 2021, finishing second in that league. They have won just two of their opening ten matches so far this season.

AFC Eskilstuna have played in Sweden’s top-flight as recently as 2019 and they have yo-yo’d between the three top divisions in the country. However, after finishing mid-table last year, they will be expected to once again challenge for promotion.

With Amar Muhsin fully fit and available, they stand a good chance of scoring in every match. The 24 year-old striking sensation signed on a free transfer from AIK Jonkopings in the off-season and he has already notched nine games, putting him at the top of the scoring charts in Sweden’s second-tier.

AFC Eskilstuna won their opening four matches before four defeats in five games saw them slip down the table. However, their most recent outing was a 4-1 hammering of Ostersund a couple of weeks ago before defeating top-flight GIF Sundsvall by two goals to nil in a friendly last weekend. They will be firm favourites for this one.

Sign up to Betfair and get a full refund if your first bet loses. Grab an account through the offer below and place £20 on the 3/1 Swedish Superettan Best Bets Treble. Here are the two possible outcomes: