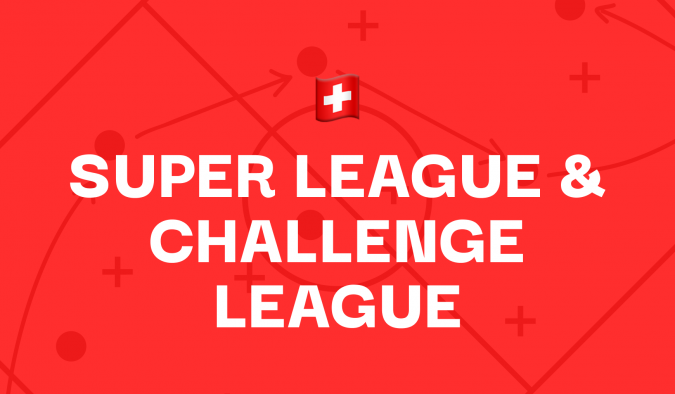 Over the last twelve years, whenever these two Swiss heavyweights have met, one of them has been the dominant side in Swiss football and would go on to be crowned Swiss champion in that season. It is very unfamiliar then that these two will meet in Bern on Sunday with neither at the top of the table and FC Zurich having already established a nine-point lead at the summit.

It is simply a “must-win” game for both as they wish to keep their title hopes alive and bounce back from a disappointing last weekend where they both dropped points. FC Basel conceded a late penalty in their 3-3 home draw with FC Sion while Young Boys threw away a three-goal lead, conceding twice in the last seven minutes to draw 3-3 at St. Gallen.

YB still remain a force at home but have, worryingly, already equalled their record from last season for points dropped at home, having played eight games less so far. They have also conceded 11 goals in Bern, only three less than their entire total at home last season. FC Basel are unbeaten on the road but have now conceded in eight of their last nine matches in the league.

The task is quite simple for these two, they must win if they are to have any chance of closing the gap on Zurich, anything less and they may see their title hopes evaporate completely this weekend. It should be an open game in the capital and this is a match that historically has goals.

Luzern continue to struggle at the bottom of the Super League after their 3-0 home loss to Basel was followed up by a 3-1 defeat at Lugano last Sunday. They have won only one of twenty matches this season, a 2-0 victory over St. Gallen back in October and seem destined to face either automatic relegation or the relegation play-off spot with a nine-point gap between themselves and safety.

FC Sion earned praise again last weekend for a plucky display that saw them earn a late point at FC Basel. They have now scored three goals in their last two games on the road, no mean feat considering the other match was their visit to champions Young Boys. Sion have only failed to score in one away game this season but they have conceded twenty-seven goals, more than anyone else in the league.

There is still more to come from Luzern, who definitely have the squad to improve. Their comfortable win at Biel in midweek in the cup will have raised spirits too. This game will follow a familiar theme for Sion who can score again but won’t be able to keep the ball out their own net either.

Sunday’s action in the Challenge League will offer Aarau an opportunity to boost their hopes of finishing in a promotion position at the end of the season after FC Vaduz’ shock 4-2 defeat to Schaffhausen on Friday. Such is the nature of this league though, fourth-placed Thun can propel themselves into contention and close the gap on top spot to just two points with victory.

Aarau are hitting form at the right time and made it five games unbeaten following their emphatic 5-2 victory away to Stade Lausanne-Ouchy last weekend where they threw away a two-goal lead before scoring three in the final twenty minutes. FC Thun were comfortable 3-0 winners over FC Wil in their last league outing but come into this game after an energy-sapping, enthralling 4-3 loss at home to Lugano in the cup quarter-final on Thursday. A game that they came from behind to level at 2-2 before allowing to slip away in the final minutes.

With both in good goal-scoring form and gunning for promotion, I expect both teams to score at Brugglifeld on Sunday. Thun were 2-0 winners when they met at this venue back in October, however, the last seven meetings prior to that finished with BTTS.

Sign up to Betfair and get a full refund if your first bet loses. Grab an account through the offer below and place £20 on the 5/2 Swiss Football Best Bets Treble. Here are the two possible outcomes: