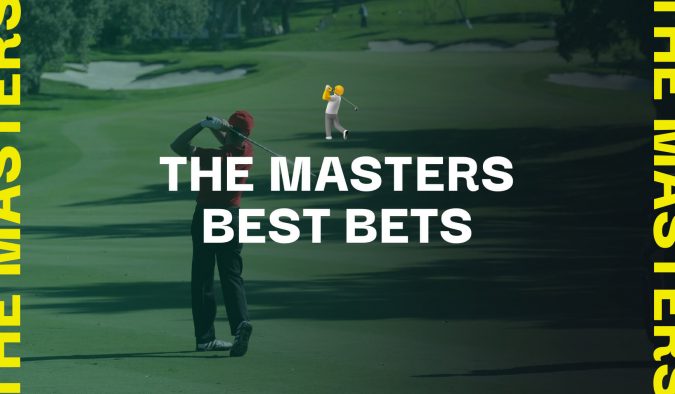 The year’s first major begins on Thursday, headlined by the long-awaited return to action for Tiger Woods after his life-threatening car accident last year, with all eyes turning towards Augusta National. Hideki Matsuyama won the Green Jacket 12 months ago with his historic triumph at The Masters. The Japanese star returns with injury concerns and the competition is fierce to succeed him as the latest champion.

﻿Thunderstorms in the buildup will soften the course but dry and sunny conditions should help enable Augusta National to firm up as the week progresses. Players will have to cope with windy conditions for much of the week and a cool temperature on the weekend will only increase the difficulty.

The course will play to a record length of 7,510 yards with the par 72 demanding excellent approach shots to handle the devilishly fast bentgrass greens. Previous experience is a major advantage and powerful players showing promising form are favoured with Augusta National a difficult track to master at the best of times.

Jon Rahm is vying for favouritism at 11/1 although his putting woes this season suggest it is easy enough to swerve the Spaniard. Justin Thomas has been extremely well backed into 11/1 and the American comes in with extremely solid credentials but has gone more than a year since his last win.

Scottie Scheffler has soared to the top of the world rankings after winning three of his last five events. His WGC Match Play success elevated him to the top of the game and he is an undoubted threat, with two-time Masters winning caddie Ted Scott on his bag, but his price has collapsed over the last month. Cameron Smith also has exceptional course and current form after his victory at the Players Championship but his odds have also halved in recent weeks

The Masters starts on April 7th

Brooks Koepka appears to have come in under the radar but the major specialist looks the best value option towards the top of the market at 18/1. Koepka has an outstanding record in the sport’s biggest events with the confident American winning four majors. He has yet to get his hands on a Green Jacket but Koepka has come close, with second place behind Woods in 2019 and seventh in 2020.

Koepka’s motivation is always amped up for the majors and his last three appearances in 2021 all resulted in top-six finishes. Significantly, Koepka is fit and firing with no injury concerns threatening his title tilt. Third place at the Phoenix Open in February was a strong performance and Koepka led the field for greens in regulation, as he posted a top-12 finish at the Valspar Championship last month. A run to the quarter-finals of the WGC Match Play in his last start was further encouragement and everything is in place for a huge week for Koepka as he bids to land his first Masters.

Tony Finau is another player that thrives in the majors and looks worth siding with to contend this weekend in Georgia. Finau has an excellent record at Augusta National, which includes fifth place in 2019 when he played alongside eventual champion Woods. The popular American has two other top tens and has never finished worse than tenth at a Masters held in April. His stellar long game and towering approach shots are ideally suited to the demands of this iconic course.

Finau is not a prolific winner but did land a high profile victory, in a stacked field, at Liberty National at the end of last summer. His form this season has generally been underwhelming but a few recent signs spark optimism. Finau ended the WGC Match Play with a victory over Xander Schauffele and led the field for bogey avoidance last week on his way to a top 30 at the Texas Open. Being out of contention recently has helped keep his odds competitive and Finau merits support at 40/1 each way.

Thomas Pieters has already contended in the Masters before and the Belgium talent could again feature on the leaderboard at juicy odds this weekend. Pieters produced a mightily impressive debut in Georgia five years ago, with two rounds of 68 helping him finish in fourth place. It is not the only time the powerful European has caught the eye on the big stage either, with sixth in the 2018 PGA Championship and fourth in the 2017 WGC Bridgestone Invitational.

﻿After several years of underachievement, Pieters returned to the top 50 of the world rankings with victory at the lucrative Abu Dhabi Championship in January. The 30-year-old has won two of his last nine tournaments dating back to November and should be a factor at this level if bringing his A game. Pieters was unlucky not to qualify from his group at the WGC Match Play, on his last start, but showed promise with five birdies in his closing tie with Billy Horschel. Pieters knows he has the game to excel at Augusta National and his recent victories will give him the belief to contend at 80/1 each way.

It is not just worth focusing on the outright market though and a few bets on a top 30 finish could also yield a profit. Robert MacIntyre caught the eye last year with a superb Masters debut, finishing 12th to book a return trip this week. The Scot led the field for birdies last season and admitted the course fit his eye. Five successive top 40s coming in is solid form and includes 15th place at Riviera – a track with plenty of course correlations to Augusta. MacIntyre should enjoy another positive week and can claim another top 30 at 7/4.

Kevin Na has started to perform strongly at the Masters in recent years and holds solid claims to a top 30 finish at 15/8. Experience is paying off for Na after a tough introduction to life at Augusta National. He has finished inside the top 13 in his last two starts at this major and impressed recently after qualifying from his group at the WGC Match Play.

Another player worth backing is Max Homa with the fast-improving American likely to emerge as a Green Jacket contender in years to come. Homa plays tough courses well as his victories at Quail Hollow and Riviera highlight. His last four strokeplay tournaments have all resulted in top 20s and Homa, whose long game is in great shape, appears to be realising he belongs in elite company in the majors. Contending this week may be a tough ask but a top 30 at 11/8 is well within his reach.

👉🏼 Get your money back if any of these bets lose

Sign up to Paddy Power and get a full refund if your first bet loses. Grab an account through the offer below and place £30 on any golfer at The Masters 2022. Here are the two possible outcomes: