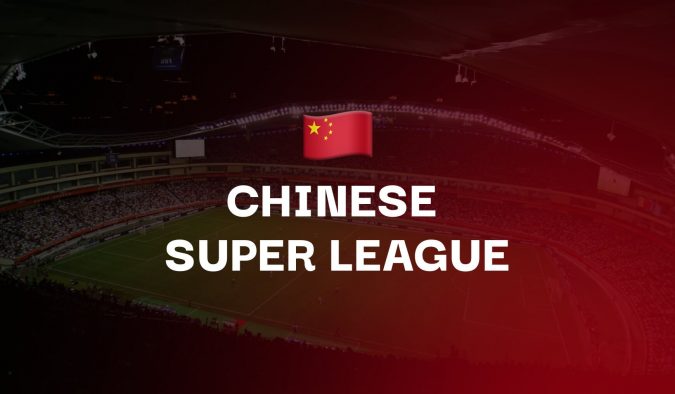 Shanghai Shenhua are smarting after losing the top-of-the-table clash to Wuhan Threetowns 4-2 where they were outplayed in the first half. They were four goals down just after the hour. Shanghai got the tactics all wrong, with too much space between defence and the midfield, space that Wuhan took advantage of. Shanghai were too open and lack organisation at the back. In the end, though, had they not given away a silly penalty for the opening goal then things could have turned out very differently.

Hebei have put in two decent performances in recent games. Last week was a creditable 2-1 defeat against Shanghai Port with the team coming back from a goal down to equalise in the second half and only lost to a late goal.

That came after a win over Wuhan Yangtze, the first points of the season. The improvement has been a little surprising as there are rumours that players have not been paid regularly of late and that tends to have a major impact on performances. It remains to be seen how long this spirit lasts as Hebei have been poor for much of the season.

Shanghai should be much too strong for Hebei and are strongly favoured to win but the question is how many goals. They showed against Wuhan that they can score in quick succession late in the game. Zhu Jianrong scored both and now has four for the season and adds to the goalscoring threat and has linked up well with Christian Bassogog. Overs is my pick in this one.

Three Towns are flying and their 4-2 win over Shanghai Shenhua in last week’s top-of-the-table clash sent them three points clear. Week by week, their striking duo of Marcao and Davidson are working better together and their movement has been too much for Chinese defences. With Romanian Nicolae Stanciu pulling the strings in the spaces behind, then it is no surprise they are the top-scoring team with 27 from eight games. Clubs are struggling to pick up Stanciu who has a licence to roam and he is not only creating but now has five goals himself. That trio are all in the top five goalscorers this season so far. The leaders are also dangerous from set-pieces.

The foreigners get the headlines but in the derby, the wingbacks will push up high and put pressure on Yangzte, they showed in the 3-1 win earlier this season that they have what it takes to get behind the backline and cause problems. The leaders have multiple threats and attack from different parts of the pitch which has been successful so far.

Yangtze started well but have lost four out of the last five and have not kept a clean sheet in the last five games. Even in the recent win over struggling Guangzhou FC, Yangtze looked vulnerable defensively. Three of the usual back four are over 30 and lack pace and are going to struggle to handle the threat posed by the foreign players of the leaders. Yangtze will look to frustrate their rivals but just don’t seem to have the ability to do so. Goals again the standout pick.

These are strange times in Chinese football. Until recently, the meeting between these two teams would have been the biggest match of the season and often a title decider but both have fallen.

Guangzhou have lost all their stars and their young team of local players is struggling near the bottom with just one win all season. They would love nothing more than to beat Shanghai but will settle for avoiding defeat. They will stay tight at the back and hope to nick a goal. It wouldn’t be a surprise however if they do fail to get on the scoresheet as they just don’t have much-attacking talent.

Shanghai are going well and are favourites and are buoyed by the return of star midfielder Oscar who is now available after going through quarantine. After a slow start, Shanghai have taken 13 points from the last six games and are becoming a much more cohesive unit and with Oscar offering more creativity in attack, should be able to cause many problems.

The deep-seated rivalry between the two teams will still be in play, however. Shanghai are going well and will expect to win but Guangzhou are fired up for this chance to remind their rivals that they are no pushovers. Expect plenty of determined defending. This was the case when the two teams met earlier in the season when Shanghai ran out 1-0 winners in what was a tight game and one in which Guangzhou gave as good as they got.

Sign up to Betfair and get a full refund if your first bet loses. Grab an account through the offer below and place £20 on the 3/1 Chinese Super League Best Bets Treble. Here are the two possible outcomes: