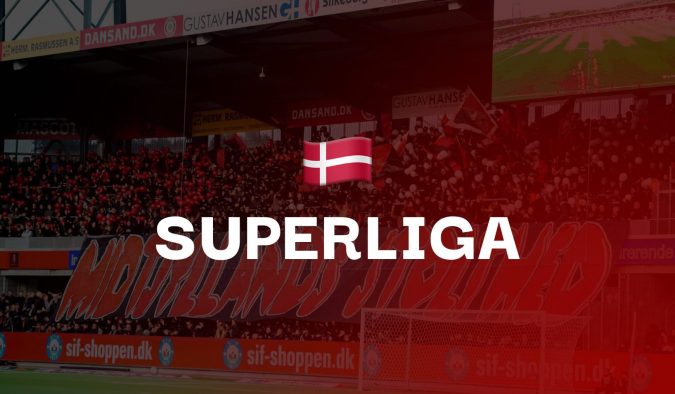 Well, while Jack Wilshere complains about the AstroTurf pitches, he’ll have to stop crying over shin burns and make sure AGF don’t get dragged into a relegation battle. But if the research is correct, he’ll be lucky to help AGF get a point in this game in the Danish Superliga.

For AGF v Viborg I am looking at a double chance bet of either a draw or Viborg win. Here’s why. Viborg are a much better team than it appears on paper and are only in the relegation group thanks to not being able to see out games.

In their last 16 league games, Viborg have only been beaten three times. Those defeats? Copenhagen, Midtjylland and Brondby. That’s 1st, 2nd and 3rd in the league. Other than that, they have gone through the entire league without being beaten, including a 1-1 draw with AGF Aarhus a few weeks ago.

AGF on the other hand haven’t won any of their last six and have drawn each of their last four games in the league. This is exemplified when you realise that in those last six games, they have taken the lead first on four occasions. This is side who, even when they are on top, cannot see out a match. To quote Sean Dyche “They don’t know how to win a game”

If Viborg don’t end up winning this game, then the double chance is there as a secure insurance. If AGF win it would be completely against the grain.

With the Superligaen now at the business end of the season teams like Vejle Boldklub are going to really start feeling the pressure. Inside the bottom two of the relegation half of the league split and four points from safety, fortunes really need to change if they want to remain in the Superligaen next season. This week they face the test of facing one of the more unpredictable teams in Denmark in the shape of Odense.

Baring a complete collapse OB will be safe this season and, in another year, they would be far higher in the league than they are. This week I am backing both teams to score in this match, and I have a few reasons to be heading in this direction.

In last week’s outings, both teams were involved in separate 2-2 draws. OB had to fight back twice against SonderjyskE who are bottom of the table. Meanwhile, Vejle were held to a draw only by a 98th minute equaliser from Viborg. So, both teams are showing signs of end-to-end football and I wouldn’t be surprised if it was a similar match between the two.

Both sides also have their top scorers in good form. For OB, Max Fenger, the young Dane has six goals this season but more crucially three of those have come in his last five games, including in their last game. Max has shown a wealth of improvement since the beginning of March and will be looking to continue his good run against a Vejle who have conceded 50 goals in 24 games this season.

For Vejle, another youngster, Arbnor Mucolli an Albanian striker has also seen his goal tally double in his last few games scoring two goals in his last three matches including a goal against their opponents this weekend, OB, only a few weeks ago.

So, while Vejle have shipped over two goals a game all season, OB also haven’t kept a clean sheet in their last eight matches. Defences are weak and attackers are in form, I’d be very surprised if both sides didn’t get on the scoresheet at least once this game.

It seems strange to be looking at the 1st and 3rd top scorers in Denmark’s Superligaen, and predicting a low-scoring match, but since the split, there has certainly been a change in these two sides. Under 2.5 goals may seem like a risk but let me show you why it’s more likely than you think.

Last game Silkeborg broke an awful run of form and won 3-0 against Brondby. Now I had thought that this would also be a low-scoring game, but what I couldn’t have foreseen was a complete Brondby collapse after they had a man sent off after only 35 minutes. So, in many ways, Silkeborg got lucky on a bad day for Brondby.

It seems as though, the ease at which Copenhagen are winning the league has led to an easing in intensity. Copenhagen only needs three more wins in their next eight games to claim the title, and when you keep in mind that they have only lost two games all season you can see why confidence would be high.

Unless there is a collapse, equal to that of Brondby, which I doubt, I just cannot see Silkeborg, who have nothing to play for, getting goals in this match. Copenhagen have been masters at seeing out league victories this season, even when they are under pressure.

Copenhagen’s last four goals have been scored by different goal scorers and I wouldn’t be surprised at all if this match was decided by a single goal. Adding another check mark to Copenhagen’s charge to the title is how we will be ending this game.

Sign up to Betfair and get a full refund if your first bet loses. Grab an account through the offer below and place £20 on the 4/1 Danish Superliga Best Bets Treble. Here are the two possible outcomes: