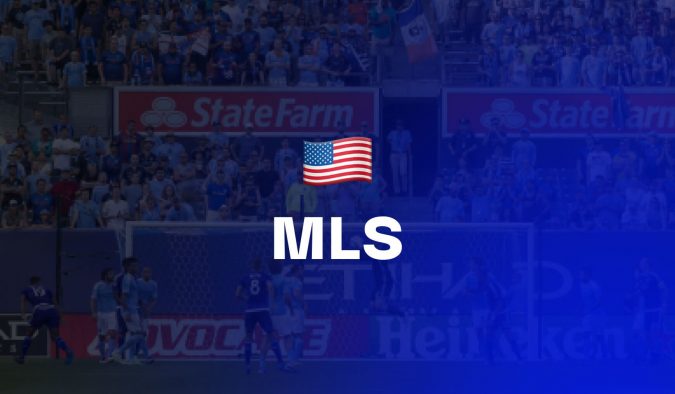 Toronto FC have some of the worst expected goals metrics in all of Major League Soccer, and their defense looks consistently suspect.

But they also have a wealth of attacking talent, even before the addition of Italian star Lorenzo Insigne in early July. Alejandro Pozuelo is a former MLS MVP, and Jesus Jimenez and Ayo Akinola are two of the more talented young forwards in the league.

Jonathan Osorio has also returned from an injury and continues to serve an important box-to-box role.

And Bob Bradley’s squad have developed a habit of earning 3 points at home, something that has to do as much with the psychological as the analytical.

Columbus have their own striking reinforcements coming in Colombian signing Cucho Hernandez. But until then, they still have issues in front of goal.

Journeymen Erik Hurtado and Miguel Berry are the best options for the center forward role. Lucas Zelarayan could return from injury into the attacking midfield, but without game minutes since late May is almost certain not to start.

Yaw Yeboah has been a disappointment up front since he was brought in prior to the season, and he’s also questionable with a knock.

Caleb Porter’s side have been able to grind out single points away, but this is a spot where it feels like the home side are far more likely to earn all three.

That makes it a good place to back Toronto on a draw no bet wager at 1.80 odds. They’ve won five of eight at home already, and Columbus have won only once on their travels.

The Philadelphia Union have lost exactly once all season. The Chicago Fire have exactly one victory over an opponent other than fellow laggards D.C. United, and none against a team currently holding one of the 14 MLS playoff places.

Given all that, the odds installing Chicago as a modest but clear favorite are curious, to say the least.

If it’s a trap enticing you to play Philadelphia, it’s hard to see what oddsmakers know that the public doesn’t.

The Union are the healthier side, for starters.

Yes, the Fire should get back Switzerland international and former Liverpool star Xherdan Shaqiri after he missed the last two games. But he hasn’t played a full 90 minutes in more than a month, and at all since June 12 (with Switzerland), so his minutes could be limited after an illness and a hamstring strain.

The Fire are also particularly short their back line. Miguel Navarro and Mauricio Pineda are in health and safety protocols, and Wyatt Omsberg is going to be out a couple months after foot surgery.

The Union are mostly healthy, and that includes Mikael Uhre. The former Danish golden boot winner has had a stop-and-start introduction to MLS, but he scored his third goal in a 2-1 win over New York City FC on Sunday.

Philadelphia still aren’t great at putting games away when they get a lead, and their eight draws are the most earned in MLS. And they’ve outperformed their expected totals away from home (perhaps because they’ve spent so much time defending leads.)

Regardless, this is a hard one to see them losing.  At 1.57 odds for a double-chance wager, Philadelphia or draw offers plenty of value.

The Champions League winners Seattle Sounders are on home soil at Lumen Field once again in the early hours of Thursday morning when they entertain CF Montreal, a side who are more than holding their own in the Eastern Conference.

This will be the fifth MLS match in succession that the Sounders have played at home and they have won three of the previous four with a draw against arguably the best team in MLS in Los Angeles FC in the middle of that. They play their home ground well and are living up to that billing.

The Sounders look to have the right opponent to continue that form here because Montreal are struggling a little more than their results suggest. They beat Charlotte FC at the weekend but they lost the xG battle 0.66-1.54 in a 2-1 win. That isn’t unique either. In fact, Montreal have recorded an xG total of less than one in three of their last five matches so chance creation is a big issue.

The Sounders are having no such problem. They are creating great chances and scoring plenty of goals and I expect their good run to continue here.

Seattle eased past Kansas City at the weekend and left Fredy Montero on the bench for much of it so even if they need to rotate their side they have good quality waiting to come in. Montreal have a few injuries, not least the key one of Djordje Mihailovic, which restricts their rotation options.

When you put form, quality of performance and personnel options together it is easy to come out with a home win here.

There is a huge Western Conference battle in the early hours of Thursday morning when the current leaders Los Angeles FC play host to FC Dallas, a side who could end the night in second place in the table if they can win and other results go their way.

There should be a real feel-good factor around the Banc of California Stadium at the minute. Not only are Los Angeles FC doing it on the pitch but they have just made the marquee addition of Gareth Bale, and although he won’t debut for a week or two yet, just his impending presence will send a huge boost through the dressing room.

You could argue that LAFC don’t really need it though because they are flying at the minute and overcame a very good New York Red Bulls side at the weekend to showcase their credentials. Interestingly, Cristian Arango started that match on the bench, potentially with this match in mind.

FC Dallas have gone well this season and are actually one of the most entertaining teams to watch in MLS at present, which hasn’t already been the case with them. They have 26 goals in their 16 matches and haven’t recorded an xG line of under one in any of their last six matches.

FC Dallas look to get the ball into their confident and vibrant attacking players but remain dangerous at set-pieces too while attacking in numbers is in the LAFC DNA so I’m expecting to see goals in this match.

Seven of the last nine FC Dallas matches have had more than 2.5 goals while LAFC matches are rarely short of goals. I expect more than 2.5 of them here.

Two Western Conference giants meet in another match in the early hours of Thursday morning when the Portland Timbers welcome Houston Dynamo to Providence Park for a clash in which both teams will be looking for a win to boost their league position.

While a win for the Dynamo will take them into the top seven if other results go their way, they are actually doing well to be sitting as high as eighth in the table at the minute.

They have an overall goal difference of +1 but when you delve into the expected goals lines they are hugely overachieving as their xGD is actually -7.2, surrendering an xGA of 25.1 for the 19 goals they have conceded. Over time you would imagine that will level out and I think the start of it comes here.

Portland Timbers are down in 11th place in the table heading into this match but I’ve mentioned in previous previews that injuries have accounted for much of the reason for their struggles, especially defensively where they have coughed up a lot of goals.

Houston have given up xG numbers of 3.53 and 3.36 in their last two away games and now they face one of the better attacking units in MLS, in a Timbers side who are getting stronger by the match.

Portland can still rotate, particularly with fresher players returning from injury, and so I expect them to follow up their fine home win over Colorado at the weekend with another here.

Sign up to Betfair and get a full refund if your first bet loses. Grab an account through the offer below and place £20 on the 13/1 MLS Best Bets Accumulator. Here are the two possible outcomes: