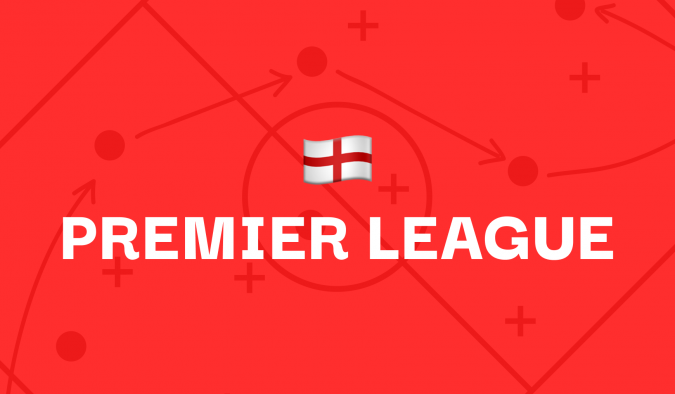 Eddie Howe will be expecting a fairly hostile reception as he takes his inform Newcastle side to St. Marys to face his former rivals Southampton as the Premier League returns on Thursday night.

After spending years in the academy, Howe played for 11 years at Bournemouth and managed for 11 seasons too, bringing Bournemouth to the top tier and creating a slight rivalry with close rivals Southampton. There’s definitely an added incentive for 3 points today for Howe and I expect him to drill home the importance of keeping momentum up to his players.

This should be a close game; Newcastle are keeping pace with some of the best sides in the league since January and Southampton are unbeaten in 12 home games since defeat in September. The reverse fixture finished 2-2 as both sides scored in stoppage time in an end-to-end game where Southampton had an xG of 4.56.

Speaking of the reverse fixture, that game had 6 cards, with Lascelles and Schar picking up yellows on each of the Saints front 2 which in August was being rotated, trying to find a perfect combination. Now Hassenhuttl has settled on the electric Broja and Adams, combining height and pace to bully a backline. Add in new Newcastle centre half Dan Burn since the last fixture who has been carded 6 times for just 16 fouls this season and there should be plenty of opportunity for cards for Newcastle defensively.

A card-heavy side, Newcastle rank 3rd both home and away for cards per game this season, averaging 2.67 on their travels. Saints also average 2 cards against per game at home and ref Kevin Friend is no stranger to dishing cards out at 5 per game, the highest rate of any ref with over 10 games this season, including 5 when he took charge of another Southampton game at West Ham earlier this season.

Hassenhuttl’s will be looking for his side to go back to basics this week and be more aggressive with the ball after 64% possession last week resulted in a 4-0 defeat. Newcastle aren’t the fastest side defensively and have some unfavourable matchups here. Kyle Walker-Peters looks set to return and alongside Livramento provides an overload on either wing while the pace of Adams, Broja, and Armstrong should match up well against this Newcastle unit.

Both sides come into this game off defeats at the weekend and in similar form, a worrying sight for Wolves fans who were dreaming of a top 4 push merely weeks ago.

Still having a highly successful season, Wolves sit in 8th with more wins than losses but are now relying on their strong start to guide them through the season. Having prided themselves off a strong defensive structure with clean sheets aplenty, Wolves have failed to keep a clean sheet in any of their last 5 home games.

This Watford side are so unpredictable as some weeks they can be electric going forward and unable to defend but then other weeks it’s vice versa. On Sunday we got the first of these scenarios in a narrow 3-2 loss to Arsenal. Despite defeats and poor form, there is real quality in this Watford side as Cucho Hernandez’s screamer showed on Sunday. Imran Louza has been a breath of fresh air in midfield and a front 3 of Pedro, Dennis and Cucho could start on Thursday.

I think that is the Hornets strongest front 3 with Sarr’s injury. Pedro has the highest ceiling of talent, Dennis’s goals and assists numbers rank 3rd outside the big 6 and Cucho’s technical ability constantly requires attention which could free up the other two.

Wolves will be without Hoever and Semedo which leaves makeshift right-back Jonny the option for an already struggling back line. Hodgson needs wins soon and can’t keep settling for points as they will get cut adrift at the bottom in a close battle, so I expect them to go for it against an out of sorts Wolves team. I still don’t trust them defensively but Watford to score at odds of 1.67 with their attacking talent is too good odds to pass up on.

The second worst home side host the second-best away side in the league in what should be a routine victory for the club world champions. Chelsea will look to follow up a 4-0 victory at Burnley with another victory against another relegation-threatened side in Norwich.

Norwich have the worst attacking record at home scoring just 9 in 14 games, including failing to score against any of the top 8 sides in the league in 5 games, picking up just a point in the process. They are notoriously bad against the big sides and lost 7-0 at Stamford Bridge earlier this season, sitting bottom of the league both then and now.

The Canaries come into this game void of all confidence and spiralling towards inevitable relegation after defeat to a very out-of-form Brentford side on Saturday. An Ivan Toney hat trick was the difference between the sides, highlighting Norwich’s inability to handle quality outlets. Facing off against a Chelsea side that has world-class talents all over the pitch is an extremely tough task for Norwich.

Chelsea are a side with attacking threat throughout the 11, including defensively, which should overwhelm Smith’s 11. Reece James marked his return with a goal and assist at Burnley and Tuchel has been able to get far more from his side with James and Chilwell starting when fit. Norwich will have to cover the overlapping wingbacks who threaten greatly in a 3-4-2-1 set up further limiting their opportunity for any attacking output as the wingers track back, isolating Teemu Pukki.

My tip in this game is Chelsea -1 handicap as I believe this matchup shouldn’t allow Norwich any opportunities really. The quality of Chelsea’s system under Tuchel and the depth in each position should allow rotation to not be a factor in this game. This efficient Chelsea unit have beaten Norwich to nil in both of the last two meetings and have won to nil in 7 of 14 away games this season, the highest rate in the league. They shouldn’t struggle for 2 or more goals at the other end too, especially as Norwich tire towards the end of the game.

Leeds’ season has been spiralling out of control for a while and despite a much-improved performance against Leicester, they suffered yet another defeat. In direct contrast Villa were electric, burying 4 past in form Southampton as Coutinho, in particular, was phenomenal.

Leeds know how good the little Brazilian can be, as he bagged a goal and two assists just a month ago against what was Bielsa’s side. That game finished 3-3 as Ramsey and Coutinho combined for 3 goals with the services of Danny Ings left on the bench and Ollie Watkins failing to make any impact. Both these strikers netted against Southampton and look to be in form again, working in a new system in the last two games under Gerrard. Despite not scoring against Brighton, Ings was praised immensely by Gerrard for his role alongside Watkins suggesting the 4-3-1-2 is here to stay with the entire front 3 thriving.

Goals are coming for Leeds soon, with an xG of 4.29 across the last two games with 37 shots it is inevitable they find the back of the net soon. This only highlights how much Patrick Bamford is being missed after his 17 goals + 7 assists last season. However, there is optimism as Marsch expects Bamford to be ready for a “cameo” off the bench against Villa, a move which will be well received by every Leeds fan at Elland Road on Thursday. The return of Bamford at some point will take the weight of the attack off star man Raphinha, freeing him up to offer more of a threat, particularly if Villa operate in a narrow formation allowing for decoy runs from the right-back (probably Stuart Dallas).

This is a tough fixture for Leeds, having shown signs of optimism last week they face a really tough and in form Villa outfit. However, Elland Road has been more optimistic than away days winning 3 of 13 and conceding nowhere near the 36 goals they have on their travels. Villa scored twice against a defensively stable Brighton outfit in their 4-3-1-2 and I have no doubts about their ability to break through Leeds tonight. Meanwhile, Leeds average over a goal a game and with their best players playing in the wide areas where they have an overload, I expect a goal or two for them too.

Sign up to Betfair and get a full refund if your first bet loses. Grab an account through the offer below and place £20 on the 5/2 Premier League Best Bets Treble. Here are the two possible outcomes: