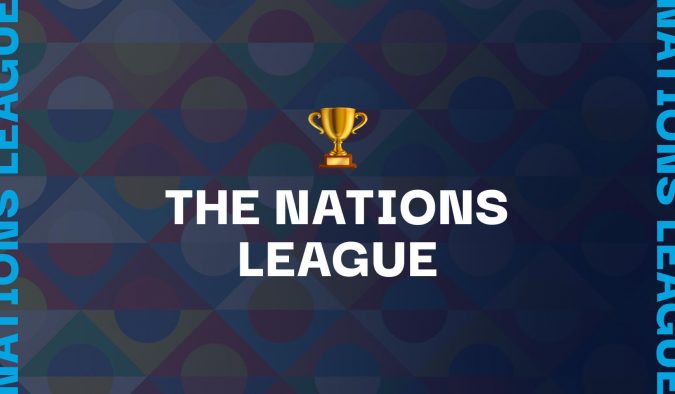 This might just be the game of the night in the Nations League between two unbeaten sides through the opening two matchdays, both locked on four points in the top-tier.

Portugal lead the way on goal difference after brushing aside Switzerland 4-0 following their 1-1 draw in Spain. The Czechs were denied a memorable win in the dying seconds of a 2-2 draw with Spain on Monday to follow-up their 2-1 victory against the Swiss in their group opener.

I’m firmly siding with the home side here but again I’m looking for goals not just a home win. Portugal have scored nine in their last three home games and in seven of their last eight games on home soil they have scored more than once.

The Czechs have won their last two, both at home, but away from home and outside of the European Championships last summer they have lost nine of their last 15 games on the road in all competitions. They have never kept a Nations League clean sheet on their travels and their hopes of doing so in Portugal weren’t helped by the loss to injury of first choice left-back Jaroslav Zeleny and his replacement Jakub Jankto in the opening 45 minutes against Spain, meaning Jaroslav Silhavy will likely be forced into a shake-up.

Cristiano Ronaldo was restored to the Portugal side after his controversial omission by coach Fernando Santos in Seville and netted twice against Switzerland on Monday, taking him to 117 international goals. With a third game in under a week, Santos might well opt to shuffle his pack again, but the squad he has to call on is far stronger than that of the visitors and whether or not Ronaldo or the likes of Pepe are in the XI, they should have too much for the Czechs here.

Norway might have missed out on a place at the World Cup but have picked up some momentum since, to the point where they look well set to take a seat at the top table in the next Nations League.

They rode their luck on their way to a 1-0 success in Serbia on the opening day of the latest Nations League campaign, courtesy of first-half goal from that man Erling Haaland, but made it four straight wins, with just one goal conceded as the incoming Man City striker also struck twice to decide the Scandinavian derby on Monday, securing a rare 2-1 win for his country in that historic series.

He’ll be keen to add to his haul of 18 international goals in just 19 appearances if he’s named in the side against Slovenia. He’s not 22 until the end of July, don’t forget. Frightening.

Slovenia shipped two at home to Sweden, conceded four in Serbia, including three in the second half, and I think they’ll have their work cut-out with Norway, whether or not Haaland is named in the starting line-up or whether Josh King is given a chance in Norway’s attacking three.

I am very confident Norway will continue their winning streak and heap more woe on struggling Slovenia in front of their own fans, so much so that I’m overlooking a straight win and instead going for them to score more than once.

Norway have kept three straight clean sheets on home soil while Slovenia have scored only twice in their last four games combined and won just one of their last six matches, scraping a 2-1 home win against Cyprus.

North Macedonia and Georgia have become very well acquainted of late, and this an opportunity for a spot of revenge for the men from Tblisi.

Remember North Macedonia popping up at the Euros last summer? That was because they won their place via a play-off in November 2020, against Georgia, in Tblisi. You don’t forget those things.

North Macedonia’s legendary striker Goran Pandev retired after their final group game to end a 20-year international career in which he netted a record 38 times for his nation. Former Palermo and Mallorca frontman Aleksandar Trajkovski is now the main man though former Leeds wing-back Gjanni Alioski is an important goal threat for his nation too.

The North Macedonians beat Germany on their way to 18 points from 10 games in Qualifying for the World Cup and despite finishing 2nd in the group, and without Pandev, they registered a stunning 1-0 win in Italy in the play-off semi-final before going down 2-0 in Portugal to narrowly miss out on a place in Qatar.

They didn’t score in their first three games in Skopje after the Euros but won 3-1 against Iceland in their last home game last November and began this Nations League campaign by scoring in Bulgaria and Gibraltar.

Georgia, however, have done even better, stuffing the Rock stars 4-0 before an incredible 5-2 win in Bulgaria on Tuesday night. I doubt they’ll have needed a plane to get to Skopje, they could probably fly there on euphoria alone after that.

The bookies are convinced this will be a dour affair but I have a suspicion this one might be a score draw, as were the last two meetings between these sides in the Nations League in 2020. I’ll play it slightly safe however and cover that eventuality by going for over 1.5 goals.

Sign up to Betfair and get a full refund if your first bet loses. Grab an account through the offer below and place £20 on the 2/1 Nations League Best Bets Accumulator. Here are the two possible outcomes: