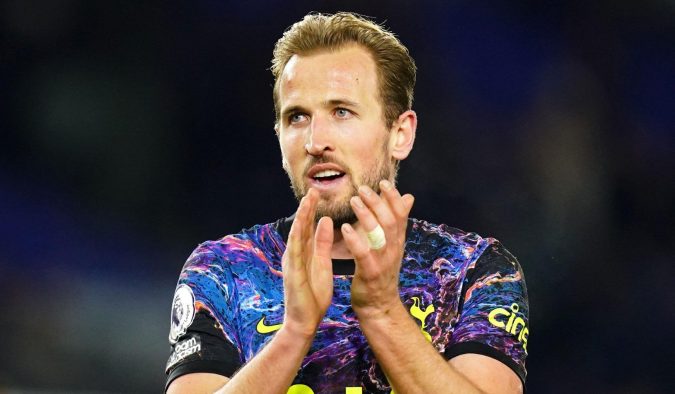 It’s a London Derby to round off the weekend’s Premier League fixtures as Spurs take on West at the Tottenham Hotspur Stadium on Sunday afternoon. Both sides sit on 48 points, currently sitting just outside of the top 4, so it is a huge game in terms of playing European football next season.

West Ham continued their European dream against Sevilla on Thursday as they turned around the aggregate score line in their favour as Yarmalenko stepped up for the hammers for the second game on the bounce.

Spurs have had their ups and downs under Antonio Conte so far with a fairly mixed bag of results, however it’s clear that they are improving under the Italian. Spurs return to the Tottenham Hotspur stadium for the first time since they hammered Everton 5-0 and have since had 2 trips on the road seeing them win one and lose one.

Absentees include Sessegnon, Skipp and Tanganga for the hosts and West Ham will be without Coufal as he still recovers from injury, with their main absentee being Jarrod Bowen who is also still out with his heel injury.

I have put together 3 selections I like for this one coming in at around 6.07/1. Take a read of why I have picked my selections and find the pre match cheat sheet below.

Cristian Romero to be booked

Hot heated Romero has been favoured on the right of Spurs’ backline in Conte’s back 3 since returning from injury in February. The centre back has a positive future with Conte saying he is a perfect fit for the Premier League after learning his trade in Italy.

Romero was criticised for screaming in Harry Maguires face as he scored a late own goal, before man marking Ronaldo who beat him to a header to seal his hattrick a few minutes later. This celebration shows his feisty personality and is someone who quite often gets caught up in the occasion. With this being a London derby and a huge game for both sides I could see him picking up another card.

As you can see from the cheat sheet, Romero averages 1.56 fouls committed per game. He’ll likely be up against Benrahma or Vlasic on the wing who both have pretty decent cheat sheet stats for fouls drawn. Antonio will also cause Romero some problems up top with his power and strength he possesses.

Here’s a crazy stat – the Argentinian has managed to pick up 8 yellow games in only 15 appearances meaning he picks up a yellow every 1.8 games! Only 3 players have more bookings than Romero this season and I think this could be another occasion where he loses the head and sees yellow.

Prediction: Cristian Romero to be booked

With it all to play for both sides, I think that this could be a real thriller of a London derby on Sunday afternoon. This fixture isn’t one for draws either with only 1 draw in their previous 9 meetings!

Spurs are in fine goalscoring form having scored at least 2 goals in their last 4 Premier League games. Spurs have scored 13 goals in these 4 games with Harry Kane scoring in all of them and he will of course be a threat to West Ham.

West Ham will still be on a high from one of their most famous wins in recent history, the absence of Bowen didn’t seem to faze West Ham on Thursday and they definitely have the potential to upset Spurs in their own backyard. They have turned around their little blip in form with 2 massive wins, scoring 2 in their last 2 games.  The Hammers aren’t the strongest defensively on the road, their last away clean sheet came against Burnley in December and up against Kane and Son they could struggle to keep the ball out of the net again. In West Ham’s last 5, both teams have scored in 3 of these games which makes for good reading for this selection.

When the teams met at the London stadium for their EFL Cup clash earlier in the season, Spurs won 2-1 meaning that both teams have scored in in 3 of the last 4 meetings so both teams to score does look a decent bet here.

The final selection probably comes as no surprise as Harry Kane aims to score in 5 consecutive Premier League matches. The Englishman has really picked up his form second half of the season after his slow start to the 21/22 campaign.

Kane has a fantastic goalscoring record against West Ham, he has scored 8 goals in 6 home league games against the hammers meaning that they are the team that Harry Kane has scored the most home goals against in his career.

Kane has netted 12 goals in the Premier League this season so far, with 7 of these coming in his last 6 matches so he goes into this West Ham clash in tremendous form. Him and Son have formed a brilliant partnership and I’m sure they will cause West Ham’s defence lots of problems as they chase Champions League football.

As you will see from the cheat sheet, Kane averages 1.43 shots on target and with his superb finishing abilities I am backing him to continue his good form and bag another to add to his tally for the season.

Sign up to Paddy Power and get a full refund if your first bet loses. Grab an account through the offer below and place £30 on the 6.07/1 Tottenham Hotspur v West Ham Bet Builder. Here are the two possible outcomes: