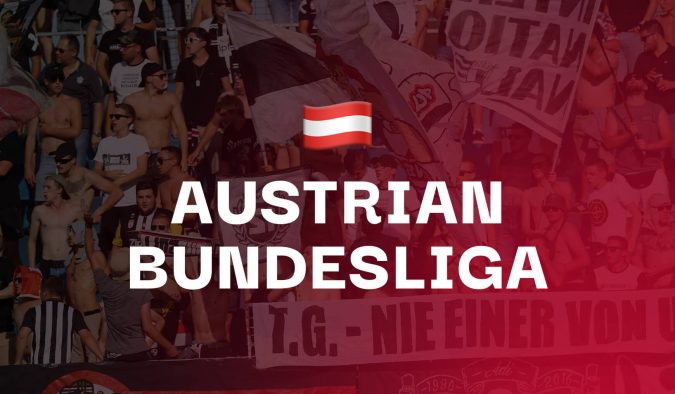 The term ‘six-pointer’ is an overused cliché in football, but it really does apply in this case: second-bottom Hartberg and basement boys Altach will go head-to-head knowing that whoever loses this match will be staring down the barrel of relegation with three matches left. The Styrians moved two points clear of their rivals thanks to a 3-1 win away to Admira last time out – ending an 11-match winless run dating back to November – while the Vorarlbergers lost for the first time in the Qualification Round in a 2-1 defeat at LASK.

The good news for Hartberg boss Klaus Schmidt, who now finally has a first win under his belt since taking over the reins at the Profertil Arena, is that there are no new injuries or suspensions – although central defender Mario Sonnleitner and attacking midfielder Donis Avdijaj are not yet ready to return to action. The only new absentee for Altach is the suspended defender Ange Nanizayamo, who was shown a straight red card in the first half of the defeat to LASK for denying a goalscoring opportunity.

The head-to-head record between the two teams is relatively even – five wins for Hartberg, four for Altach – but that is unlikely to count for little in this kind of match anyway. With relegation looming large, both clubs will be scrapping for survival and we believe it will be a cagey and low-scoring encounter as a result. Plus: the last meeting ended 0-0 and no side has scored more than twice in this fixture in almost three years, so we recommend you put your money on under 2.5 goals being scored.

This offer is for new customers only and is available once per household. Max. FreeBet amount: £10 Minimum Deposit and wagering on sport to activate the Free Bet is: £10 Void/cancelled or cashed out bets do not count towards wagering to activate the free bet. Offer valid only to customers making a first deposit of £10 or more.

Fresh from doing the double over Ried in their last two fixtures, a resurgent WSG Tirol will go into their clash with LASK level with the leaders on 21 points. And while the meeting of bottom two Hartberg and Altach undoubtedly has more riding on it, this battle for top spot is intriguing for different reasons: the Linzers must win to cement their grip on first place and salvage what has been a dismal season by their standards, while the Tyroleans could take a big step towards securing a third season of Bundesliga football with a victory.

Their prospects will be helped by the return of Juventus U23 loanee Giacomo Vrioni – their top-scorer and the joint second-highest scorer in the division with 12 goals – from suspension, although Thomas Sabitzer proved to be a more-than-capable deputy and will no doubt represent a danger from the bench against his parent club. LASK have some injury concerns at both ends of the pitch, with defenders Yannis Letard, Filip Twardzik and Philipp Wiesinger and forwards Marko Raguz and Alexander Schmidt all set to miss out.

Having hammered WSG Tirol 6-0 in the reverse fixture and beaten them by a combined scoreline of 10-1 across their three league meetings this season, there is no doubt that LASK are the favourites based on the recent head-to-head record. But given the Linzers’ poor away form – they have managed only two victories on the road in the Bundesliga since July – and the contrasting fortunes of the two teams in the personnel department, we think the wiser bet is on more than 2.5 goals being scored.

Ried have had six coaches since their return to the top flight in the summer of 2020 – more than any other Bundesliga club during that time – and the constant chopping and changing in the dugout does not seem to be aiding their cause: they slipped to a second successive defeat in Christian Heinle’s first match back in interim charge and are now only three points above the drop zone. Admira, meanwhile, will be looking to bounce back from disappointment too, with their home defeat to strugglers Hartberg having ended their brief spell as leaders of the Qualification Group.

The home side will have a couple of important performers missing: right-back and penalty taker Julian Wießmeier has a muscle injury and defender Tin Plavotic is suspended following a late red card in the last round. Admira also have a regular centre-back missing, with Stephan Zwierschitz set to serve a one-match ban for a sending-off. The Lower Austrians could also still be without centre-back Sebastian Bauer and attacking midfielder Roman Kerschbaum, who were big misses at the weekend.

This one is really hard to call and not only because of their relatively even head-to-head record since the Vikings were promoted back to the top flight (three wins for Ried, two for Admira): Ried have one of the best home records in the Bundesliga with only two defeats at the Josko Arena all season, while Admira are on the longest away unbeaten streak in the division (nine matches). Instead, we’re backing under 2.5 goals. After all, the last six meetings between the two teams have produced only 10 goals.

Rapid Vienna may have rescued a late point against Sturm Graz at the weekend, but it will bring them little more than pride: the third-placed Green & Whites still trail the Grazers by eight points and have little hope of wrestling back second spot before the end of the campaign. Despite a derby defeat to Wolfsberg that saw them slip to the bottom of the Championship Group, Austria Klagenfurt only trail their next opponents by four points and are still in with a chance of crowning a marvellous campaign with a European berth.

Sadly for the Hütteldorf faithful, injury-prone defender Christopher Dibon appeared to suffer a recurrence of a long-standing knee problem against Sturm Graz. That leaves the capital club, who still have a lengthy injury list, short of defensive options with Schalke-bound centre-back Leo Greiml out long-term too. The big news for Austria Klagenfurt is that both winger Alex Timossi Andersson and midfielder Turgay Gemicibasi will return from suspension for this match. The young Swede, on loan from Bayern Munich II, has had a great season and has notched five goals and seven assists in the Bundesliga alone.

The Green & Whites rarely lose on home turf – champions Red Bull Salzburg are the only side to have won at the Allianz Stadion since September 2021 – and comfortably beat Austria Klagenfurt 3-0 in this fixture earlier in the season. They also won 3-1 at the Wörthersee Stadion in the opening round of the Championship Group. That all leads us to believe they will probably win again, though the respective personnel situations do make this a slightly riskier bet than it would usually be.

There could be a guard of honour in store for freshly crowned champions Red Bull Salzburg when they travel to their closest challengers Sturm Graz in midweek. But that term is something of a misnomer as the two are not really close at all: the Red Bulls are 14 points clear of the Black & Whites with four matches to go – and that is despite having had their points tally halved at the end of the regular season. Under the current format, the biggest title-winning margin was the 15 points achieved by Salzburg last season. Matthias Jaissle, who has become the youngest coach to win a Bundesliga title at 34, will no doubt be gunning for that record too.

Sturm are in fine form themselves, having taken 13 points out of a possible 15 and only lost to Salzburg since the end of November. But that’s the problem: Salzburg are their kryptonite. The Red Bulls have dominated their recent head-to-head meetings, winning each of the last six and nine of the past 11. That doesn’t exactly tell the full story, though: they are usually very close games and the reverse fixture in March was decided by a single goal – a second-half header from defender Maximilian Wöber.

Both teams have a number of players missing: Sturm defenders Gregory Wüthrich and Jon-Gorenc Stankovic are both suspended, while forward Anderson Niangbo and midfielder Otar Kiteishvili went off injured in the last game and are doubtful. Salzburg are without the midfield duo of Nicolas Capaldo (injured) and Mo Camara (suspended). But we believe that is unlikely to impact the result: unless they take their foot off the gas after winning the title, we expect the Red Bulls to take the points in this table-topping clash.

Results in the last round – a Carinthian derby victory that ended a five-match losing streak for Wolfsberg and a hammering at the hands of Red Bull Salzburg for Austria Vienna – have set this clash up nicely: the two teams will go into their third meeting of 2022 level on points in fourth and fifth place respectively. Neither side is in especially good form, however: they have both claimed only one win in their six matches since the Championship Round kicked off in mid-March.

The personnel situation looks marginally rosier at Wolfsberg than at Austria Vienna: the Wolves are only missing left-back Jonathan Scherzer, who has torn ligaments, while the Violets will be without suspended right-back Marvin Martins and a number of first-team regulars. Right back Georg Teigl is still not ready to return from the fractured skull and jaw suffered when the two teams met in the capital earlier this year, while attacker Muharem Huskovic has missed the past fortnight with an undisclosed injury.

Austria Vienna have had the upper hand against Wolfsberg recently and have won four of the last five league meetings between the teams – including the two fixtures earlier this calendar year, which were both won by a solitary goal. That said, the Carinthians have fared significantly better in this fixture on home turf, with five wins, one draw and only one defeat since the start of 2018. No matter who wins, we do not expect many goals: apart from Salzburg, no team has scored more than two goals in a game involving Austria Vienna this year. With that in mind, we think it’s worth backing under 2.5 goals being scored.

Sign up to Betfair and get a full refund if your first bet loses. Grab an account through the offer below and place £20 on the 11/1 Austrian Bundesliga Best Bets Accumulator. Here are the two possible outcomes: