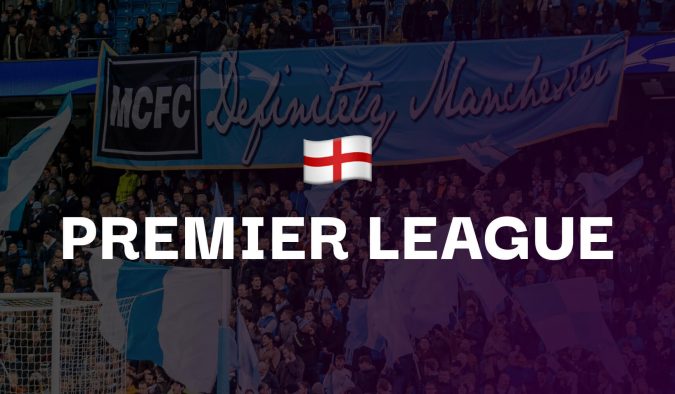 A classic Premier League rivalry kick starts midweek football as the red hot Liverpool host a Manchester United side struggling for consistency as they push for top 4.

A Cristiano Ronaldo hat trick glossed over yet another shambolic Manchester United performance as the 37 year old rescued the Red Devils again. Rangnick’s men were almost embarrassed by a Norwich side sitting bottom of the league, who scored twice at Old Trafford having scored just 8 times on the road prior to Saturday. Midfield injuries and selection left Pogba operating as a sole DM with two attacking midfielders in front of him. Matic should start on Tuesday alongside the Frenchman but Saturday’s game highlighted Pogba’s deficiencies defensively which Liverpool should exploit, similar to the reverse fixture where he was sent off.

Speaking of Liverpool, they come into this game in phenomenal form and after a 3-2 victory against City there is still a chance of a quadruple. Winning the league is arguably the most challenging for Klopp but now he has quality in depth and can rotate talent such as Mane, Diaz, Salah, Firmino and Jota with freedom. A significant advantage for Liverpool is at the back as they should be able to contain Ronaldo far better than Norwich. Van Dijk, Konate and Matip are all excellent in the air and should limit United’s set piece threat, arguably their best opportunity to score today.

United Liverpool has added tension for both sides compared to a normal fixture, and I expect this to be a feisty contest with the Kop roaring on Liverpool. The home side have world class talent going forward and should dominate United today. The reverse fixture finished 5-0 and the one before 4-2, I’m expecting goals a plenty with United’s defensive troubles stemming from midfield where Thiago has the proven quality to unlock a defence.

The Toffees secured a surprising win (1 – 0) against Manchester United to collect much-needed points in the relegation battle and Frank Lampard had 11 days to prepare the squad for the visit of Leicester, simply he couldn’t ask for more. The under pressure manager can be happy with the determination and attitude shown by his players, but the overall performance must improve especially in keeping the ball because easily lost possession opens a room for counter-attacks. The Foxes are coming to Merseyside on the back of three played matches in a span of ten days and Rodgers must be fuming at his players for conceding a 90th minute goal at St. James’ Park. Even though Leicester was in complete control against the Magpies, they didn’t make use of their chances and let the opponent score two scrappy goals. Leicester’s inconsistent season continues to be full of ups and downs, which results in the 9th place of the table.

The hosts hope to welcome back Mina and Van de Beek in the squad after missing the last match through injury and ineligibility respectively, but Patterson, Davies and Townsend remain long-term absentees. On the other side, Rodgers has pretty much the same options as last week with only Soumare having an outside chance to return, while Ward, Bertrand, Ndidi and Vardy ruled out.

Everton sit just three points above the relegation zone, but with a match in hand and now, the Toffees have a chance to capitalize on the opportunity and escape further from the dangerous 18th place. Leicester are a mixed bag and you can never be too sure with them this season, but one thing is for certain they concede as much as they score goals and their goal difference (46:50) confirms that. Also, the fatigue and tiredness comes into question and I don’t expect the nets at Goodison Park to remain empty.

A London Derby awaits FA Cup finalists Chelsea as they play host to an Arsenal side in desperate need of points as their hopes of top 4 diminish following 3 defeats.

The Blues return to Stamford Bridge looking to return to winning ways at home after defeats to Brentford and Real Madrid. However, since those defeats, Chelsea have been in fine form with a 6-0 win at Southampton, a win at the Bernebau, and an FA Cup semi-final win. Importantly, at a critical time for Chelsea, both Havertz and Werner are firing, not just producing goals but linking up and progressing the play allowing for attacking midfielders like Loftus Cheek to score as he did in the cup semi-final.

Their London rivals Arsenal suffered a 1-0 defeat to Southampton last time out after a Fraser Forster masterclass resisted the Gunners’ barrage. 22 shots, an xG of 1.39 and 72% possession usually leads to victory but Arsenal failed to break down a resilient back 5 meaning the lead creator has to resort to pot shots rather than real chances.

I find it incredible that Chelsea are at odds of 1.85 to win this game especially considering how the reverse fixture went. The return of Lukaku overshadowed the last game as he bullied Mari and Holding into a 2-0 victory. A different approach in attack is to be expected however expect Chelsea to match the 63% possession they had last time in a dominant performance. Arsenal have lost to back 3/5 formations in the past two games, and I can’t see how they won’t continue their losing streak here.

The Magpies noted back-to-back home wins and are now just three points away from the 9th place in the standings, which is a huge improvement from a couple of months ago when they were in the relegation zone. Eddie Howe’s approach has worked wonders for Newcastle and the highly-rated coach has made a massive difference at St. James’ Park. Even though the attack remains a concern, the defence is unrecognizable from before and rarely concedes more than one goal per match now. The visitors can say pretty much the opposite for their last couple of matches as the South London-based club lost to Chelsea in the FA Cup semi-final and ended their unbeaten streak last week at the King Power. Patrick Vieira’s dream to lead the Eagles in a cup final in his debut season is over and now, Palace must avoid defeat to fall further down the table because they are equal on points with Newcastle.

Howe was pleased to welcome back Willock’s return on the pitch to provide another attacking option, but Trippier and Wilson are not ready to return yet although it shouldn’t be long before they are back. Fraser missed the game against Leicester and he is a doubt for Wednesday again. Vieira has an almost full squad to pick from with Ferguson the only absentee and Hughes doubtful with a knock.

The hosts are determined to make it three out of three consecutive wins at St. James’ Park and climb over the Eagles, but apart from the past couple of matches Vieira’s boys were in great form. Bruno Guimarães’ brace was enough for three points over the weekend, but Palace’s defence has been proven to be pretty solid and with Newcastle’s lack of prolific goalscorer it’s hard to expect a goalfest and their past meetings suggest the same. Neither manager will want to lose as that would mean letting the opponent climb over them so I see an even match with just a few chances and at most two goals whatever the outcome.

After embarrassment at Wembley, City return back up north to host an in-form Brighton side who have just won back to back games away in North London.

City were 3-0 down at half time, capitulating with just a few changes to the starting XI. Now City can turn all their attention to the league and Champions League double with fixtures against Brighton, Watford and Real Madrid in the next 7 days. The return of Kevin de Bruyne from his knock should be a boost in this run of games as the Belgian looks to continue his fine goal scoring form in Guardiola’s system.

Brighton have been excellent on their travels this season, losing just 3 times in 16 games, a record only bettered by the top 3. Potter has set up in a back 3 on the road in fixtures away at the big 6, showing flexibility as they dominated the ball at Spurs and had a smash n grab counter attack win at Arsenal.

De Bruyne was absent from the 4-1 win away at Brighton which shows how City’s squad depth outplays Brighton even without the Belgian. Foden’s brace sank the Seagulls in that fixture operating in the space between the midfield and back line. Since that game the young Englishman has only got better and will be pivotal to City’s attacks in this game. With endless attacking talent on show, I can see plenty of chances and goals in this game.

Sign up to Betfair and get a full refund if your first bet loses. Grab an account through the offer below and place £20 on the 14/1 Premier League Best Bets Accumulator. Here are the two possible outcomes: