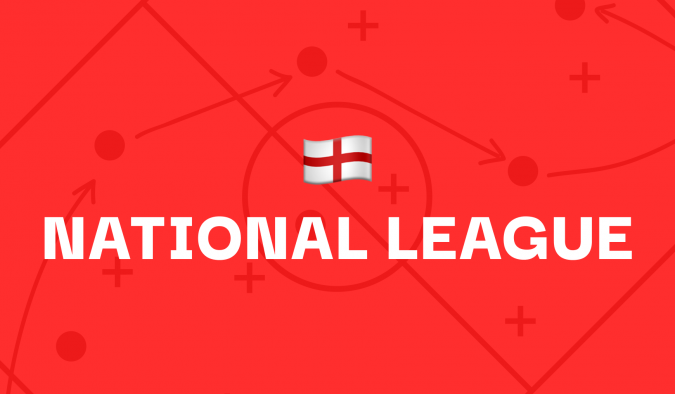 Luke Garrard was unhappy with the way his side were ripped apart by Wrexham in their FA Trophy loss at the weekend and you can bet there will be a response when his side host Altrincham on Tuesday as they return to National League action.

The Wood are unbeaten at home this season, winning eight of their 13 league games. Key to that has been their defensive record – they have conceded just six goals at the LV Bet Stadium Meadow Park, keeping eight clean sheets. Garrard’s side have not lost back-to-back matches all season either with their defeat against Wrexham on Saturday their first loss since October – 18 matches ago. There will be a couple of changes and The Wood will be much stronger defensively.

It’s tough on Altrincham. They went into their game with King’s Lynn Town on Satuday without a victory in 12 and a clean sheet in 18. King’s Lynn Town had been eyeing up Altrincham as a side they could drag into their fight survival and had come off the back of two huge results so Phil Parkinson’s side recording a 1-0 victory was huge for a number of reasons. Notably, the experienced pairing of Shaun Densmore and Andy White were brought back in for that encounter and it paid off.

However, we’ve seen over the course of the season the difference between the sides at the top and those down the bottom. Boreham Wood are a very good side and should show that here.

After seeing three games end 1-0, Dover Athletic returned to something of the norm with a 3-1 home loss against Torquay United.

It was the 11th time in 28 league matches that The Whites had conceded three or more goals in a game, the highest tally in the division by two, and also the 18th time they had conceded at least two goals, also a divisional high. They do tend to fare better at home but have still conceded two or more in half of their matches. Dover have also conceded at least three in four of their last eight matches with only one clean sheet.

Meanwhile, Notts County have returned to form of late. They went on a four-match winning run over the Christmas period, scoring 13 goals in those matches before coming unstuck in late January / early February with a 0-0 draw against Wealdstone followed by two defeats against fellow play-off chasing sides. The cobwebs were blown off in a 6-1 win against Barnet and a 2-1 victory against high-flying FC Halifax Town in the FA Trophy followed. That that victory came on a poor pitch shows that Notts County should be able to navigate the bobbles at The Crabble – it’s to be expected with the quality of The Magpies midfield.

I think County avenge their 1-0 loss on the opening day last season with a comfortable victory in midweek.

Selecting Wealdstone to be involved in a Both Teams to Score match-up for the second time in a week feels slightly odd given their form this season.

However, Stuart Maynard has made some key changes to his side in recent weeks, particularly in midfield where Nathan Ferguson and Aaron Henry have arrived. Medy Elito is back and playing with confidence, Ira Jackson and Rhys Browne have returned recently while Nikola Tavares and David Sesay have boosted the wing-back areas. Slowly, Wealdstone have become a side with more pace and power throughout the team and it has paid off in recent games. Notably, they perform better against sides in and around them, something they also did last season, and have scored in all but one of their matches against sides in the bottom half and all of their home matches against the same opposition.

Maidenhead United, meanwhile, have been a lot more like themselves in recent weeks. They have scored in six of their last seven, the only miss being the 3-0 defeat against Stockport in which they came close a few times in the first half. They have been able to welcome the creative Dan Sparkes and their best finisher in Sam Barratt back into the fold after injury and Josh Kelly is a constant threat.

Given Maidenhead’s ability to do the unthinkable, betting against them would naïve but they don’t tend to keep clean sheets, are usually good for a goal and Wealdstone are being a lot braver of late. Goals for both teams.

Sign up to Betfair and get a full refund if your first bet loses. Grab an account through the offer below and place £20 on the 7/2 National League Best Bets Accumulator. Here are the two possible outcomes: