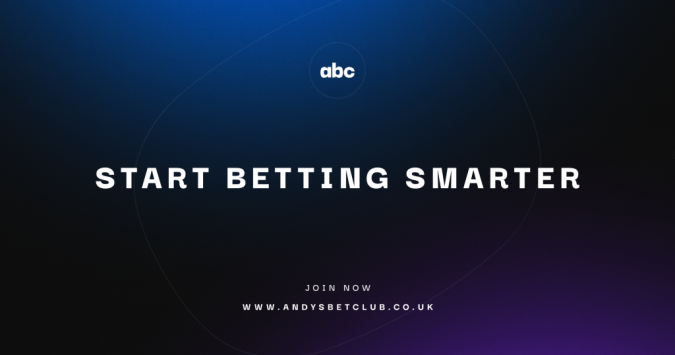 The first legs of the Champions League quarterfinals kick off on Tuesday night with Man City facing Atletico Madrid at the Etihad and Benfica facing Liverpool in Lisbon. However, this article focuses its attention on Wednesday night’s action as Bayern Munich travels to the Estadio de la Ceramica to face Villarreal in what should be an interesting matchup. For this game, I have pieced together my top 4 Bet Builder tips along with a pre-match cheat sheet and predicted lineups to help anyone looking to place a bet on this fixture.

Unai Emery’s men achieved an impressive feat against Juventus in the last round of the competition progressing through comfortably despite Vlahovic scoring just 1 minute into the first leg. After recovering to draw the first leg 1-1, Villarreal humbled to Old Lady of Italian football at the Allianz. With Gerard Moreno, Pau Torres and Arnaut Danjuma all scoring to give Villarreal the 3-0 win and progress through 4-1 on aggregate.

Unfortunately for Villarreal, they have failed to match their recent league form with their Champions League success following up their victory in Turin with a 1-0 loss to Cadiz and a 2-0 defeat to Levante. Now they have the daunting task of facing a European powerhouse in Bayern Munich and the Yellow Submarine will have to be on fine form to beat the Bavarians who have not lost away from home in the Champions League since September 2017.

Despite controlling possession in their first leg against Salzburg, allowing their opposition just 28% of the ball, Bayern struggled to make their dominance pay eventually drawing 1-1 thanks to a late goal by Kinglsey Coman. However, in the second leg, they proved why many have them as one of the favourites to win the whole competition as Robert Lewandowski scored a hat-trick in just 23 minutes and Julian Nagelsmann’s side won 7-1. If the team performs to this level on Wednesday it’s hard to see them returning to the Allianz without a substantial lead, but Villarreal is unbeaten in 9 at home so this could prove a difficult fixture for Bayern.

In European competition this season Bayern Munich average an incredibly high 7.88 shots on target per game. Having 9 shots on target in both legs against RB Salzburg, despite the massive variation in scorelines between the two games. In the group stage alone Bayern had 45 shots on target in their 6 games at an average of 7.5 per 90. These statistics suggest that in European matches, Bayern frequently takes a high number of shots with many of them finding the target and if these trends continue, this selection should land with little difficulty in this game.

These trends are also not exclusive to European competitions as Bayern has maintained their high averages in their Bundesliga campaign finding the target an average of 7.6 times per 90 the highest of any team in the Bundesliga.

The Bayern Munich averages may suggest that increasing the number of shots on target required for this selection to land is a feasible choice. But when taking into account the fact that Villareal’s opposition averages 4.75 shots on target per game in the Champions League this season and 3.5 in the League, means I feel more comfortable lowing their averages slightly and backing 6 for this fixture.

Bayern Munich to have 6 or more shots on target in this fixture is priced at 1.44 on Paddy Power and with Bayern’s season averages and quality, I feel confident that this selection will land despite Villareal’s ability to limit their oppositions shots.

Although Bayern’s away form in the Champions League is nothing short of exceptional not losing in the competition for almost 5 years, they have only kept three clean sheets over their last 10 games away from the Allianz and face a Villareal side who have scored in all but one of their Champions League games this season. Villareal have also scored 48 goals in the league this season which is the 5th most of any side in the division having scored 5 or more on 5 separate occasions this season.

Bayern often have the tendency to neglect the clean sheet in many of their fixtures this season winning several of their matches by 3 or more goals while simultaneously failing to stop the opposition from finding the net. A clear example of this is in the previous round of the Champions League when they conceded to Salzburg despite winning 7-1.

I am not suggesting Bayern will be as dominant in this fixture as they were against Salzburg but Bayern have a tendency to switch off in defence. If the Bayern does “switch off” at some point in this fixture then Villareal’s impressive home scoring form, where they have scored in 8 of their last 9 fixtures, suggests they will find the net in this fixture.

Both teams to score is priced at 1.62 on Paddy Power and if the selection lands it will offer a very healthy odds boost to this and other Bet Builders.

I doubt this selection will come as a shock to many of you, Robert Lewandowski has been quite simply one of the best players in the world over the last few seasons and his Champions League form reflects that. He has already scored 12 in this season’s Champions League having scored a 23-minute hat-trick
in their previous fixture against Salzburg and if Bayern progress i expect him to score many more.

Equally, Lewan’s domestic form has been strong again this season, in just 28 games he has already scored 31 goals reaching over 30 in the Bundesliga for the 3rd season in a row. Lewandowski is responsible for the bulk of Bayern’s attacking play averaging 4.93 shots per game more than any other player in the squad, he also takes Bayern’s penalties which offers a more than a significant avenue for this selection to be successful as he has already taken 4 in this competition and 4 in the league.

Lewandowski is priced at 1.53 to score anytime on Paddy Power although the odds are short for this selection if successful it will offer a nice boost to the overall odds of this bet builder.

Villarreal to Receive the Most Cards

If you use the cheat sheet feature on the website you can see the average number of cards the team receives per game as well as the average number of cards their opposition has received this season in the Champions League. Villarreal have averaged 2 cards per game so far in the competition this season, increasing to 2.67 in the group stage where they picked up 16 cards from their 6 matches. This is significantly higher than Bayern who average 1.38 cards per game in this competition and just 0.89 in the Bundesliga the lowest of any team in the division.

Bayern have a huge amount of talent all over the pitch with a number of players who draw over a foul per game. Coman specifically could be an avenue for a number of Villarreal cards, with the French winger averaging 1.43 fouls drawn per game causing a huge amount of issues for full-backs in La Liga and landing his opposition with a number of cards. Villarreal to receive more cards than Bayern is priced at an incredibly healthy 2.0 on Paddy Power and with the statistics combined with the talent in Bayern’s squad, this selection seems to be a strong choice for this and any other bet builder.

Back the 6/1 Villarreal v Bayern Munich Bet Builder below ⬇️

Sign up to Paddy Power and get a full refund if your first bet loses. Grab an account through the offer below and place £30 on the 6/1 Villarreal v Bayern Munich Bet Builder. Here are the two possible outcomes: