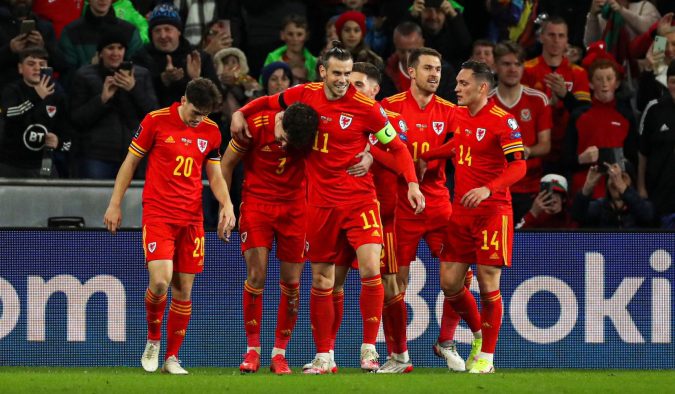 As the 2022 Qatar World Cup starts to loom for Wales and Austria, these two sides will be battling it out on Thursday night in order to earn themselves a place in the play-off final to qualify for the competition.

This fixture is a semi-final in the proceedings to qualify for the World Cup. Wales earnt their place by finishing 2nd in their qualifying group, which was an impressive finish as they were only five points away from Belgium in top spot. Austria, however, had a different route to this fixture. Only finishing fourth in their qualifying group, Austria earnt their place by being one of the two best teams of the group winners in the Nations League, that didn’t qualify for the World Cup. Yep, I was confused as well.

Wales have had a pretty good run of results since the EUROs. Looking back to the competition in the summer of 2021, Wales only managed to reach the round of 16 stage of the tournament, before being knocked out by Denmark to an embarrassing 4-0 scoreline. Since then, they have been unbeaten in their qualifying fixtures, which helped them qualify for a spot in the play-offs.

Austria had a similar fortune at the EUROs. They only managed to reach the round of 16 as well, before losing to eventual winners Italy, by a more gracious 2-1 scoreline. Since that tournament, they have lost three times in their qualifying fixtures, which eventually led to their 4th place finish in their qualifying group.

In terms of previous meetings between the two sides, Wales have been unbeaten in the last three, giving them a good amount of confidence as they have previously shown their competitiveness against Austria.

With the winners setting up a game against either Scotland or Ukraine in the final, which is a game to be played at a later time, I’ve lined out my bet builder selections below, as well as a Cheat Sheet, so we can enjoy a good scrap to see who makes another step towards the World Cup.

Wales to Qualify for the Next Round

The fact that Wales are unbeaten in their last seven games in the World Cup qualifying group will provide them with a great amount of momentum in order to maximise their chances to reach the World Cup. Showing their quality and competitiveness, Wales will believe that they deserve a place in the World Cup later on this year, which is why I’m backing them to qualify for the next round.

Wales’ cavalry of attacking threat is a huge reason why I’m expecting them to progress to the play-off final. Gareth Bale is expected to start despite playing a very minimal amount of time for Real Madrid. Despite this, he will probably be deployed for as long as possible, as there is no expectation for him to return to Madrid in a condition to slot back into the first team. Bale’s match fitness does come into question, but for a player of his talent, we can expect to see him for as long as possible against Austria.

Towards the end of their World Cup qualifying matches, Wales managed to earn themselves a draw against Belgium, which reinforces their belief of challenging the top teams. With a squad as strong as Belgium’s being held by Wales, this will fuel them to be able to breeze through the play-off process, as they have been able to successfully test themselves against a top international side.

Austria’s poor form in the qualifying group which started to tail off will only increase the chances of Wales getting the better of them on Thursday night. With Wales producing better results in their most recent fixtures, they seem to be set up in a better position to be able to take advantage of an Austria side that weren’t able to claim this spot through the qualifying group method.

Prediction: Wales to Qualify for the Next Round

A tense game with a play-off final place at stake, means that both sides will be desperately pushing for the win. Because both teams have no choice but to come away victorious, I’m expecting a good amount of action in the match, with over 1.5 goals.

In Austria’s last ten matches in their qualifying group for the World Cup, they have seen this selection win eight times. This is a good consistency that Austria have carried in terms of entertainment in their fixtures, as it’s a recurring feature where goals aren’t usually something that is missed.

In terms of Wales’ recent record, they have seen over 1.5 goals in five of their last eight qualifying games, producing a similar record to Austria. The fact that Wales managed to score in their recent fixture against Belgium shows that regardless of their opposition, they are growing to be a true threat in front of any team that they come up against.

Wales’ attacking threat of Bale, James and Ramsey should cause trouble in the match. They should be considered as serious goal threats as their experience in Europe’s top leagues will be vital, as they can rely on their performances in world class teams in order to produce a match defining performance. In terms of the threat that Austria can offer, Marco Arnautovic will be their key output when trying to trouble the Welsh defence. Arnautovic isn’t doing too badly for Bologna this season in Serie A, as his current goal tally is a respectable nine goals. With both sides coming into the game with true attacking threat, over 1.5 match goals shouldn’t be an issue.

With Wales not featuring in the World Cup since 1958, where they reached the quarterfinals, a chance to play in the prestigious tournament is a rarity, and a golden chance that the squad will be incredibly desperate to fulfil. With Austria’s World Cup record, they haven’t featured in the competition since 1998, meaning that every player in the current side hasn’t been close to featuring in the tournament. With both sets of players an arm’s reach away from securing a spot in the World Cup, desperation will surely kick in, as both sides know that they cannot afford to lose at any cost. Because of this, I’ve identified Chris Mepham to be one of the most reckless players on Thursday night, and most likely to pick up a card.

In terms of performance in the international team, Mepham commits 1.83 fouls per game, asserting his dominance whilst often making some rash challenges. For Bournemouth, he commits 1.54 fouls per game, which has led to him picking up seven yellow cards throughout the season. These numbers show that Mepham isn’t afraid to get stuck in, and with both sides desperate to advance to the play-off final, he won’t hesitate to make the odd foul.

With the referee in charge of the match issuing an average of 4.24 yellow cards per game, this heightens the chance of Mepham being booked, as the referee won’t hesitate to start distributing his cards if need be.

Back the 9/1 Wales v Austria Bet Builder below ⬇️

Sign up to Paddy Power and get a full refund if your first bet loses. Grab an account through the offer below and place £30 on the 9/1 Wales v Austria Bet Builder. Here are the two possible outcomes: