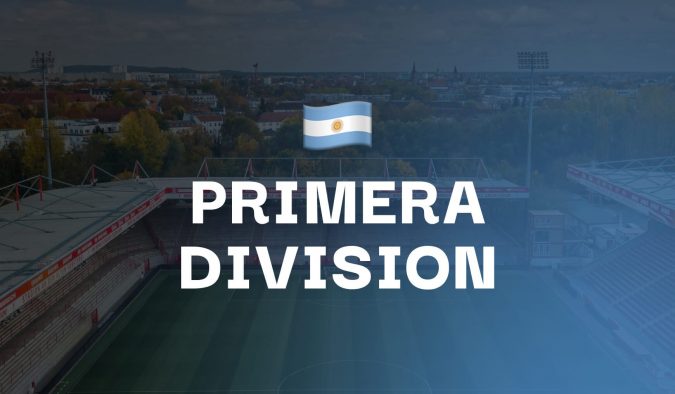 Racing are top of the league and already seem to have qualified for the play-offs with a seven-point gap and just four games to go. They are possibly the best team in the Primera Division at the moment, but they have a tough schedule with games every midweek. That’s why manager Fernando Gago seems to have decided to rest the majority of his usual starting lineup for this game. According to local media, only the goalkeeper and several defenders will keep their place, so it seems they’ll barely compromise on their back-line.

That doesn’t go for the midfield and attack and that’s why Racing aren’t as short a price as you would expect with the bookmakers, but I still think they have a good chance of winning this game. Patronato are a relegation candidate and don’t have too much to offer, especially from an offensive standpoint. They had a reasonable spell with two victories in three games after they appointed manager Facundo Sava, but two defeats later they are still close to the bottom of the table. The main problem is that they barely have anything going forward. Strikers Lucas Barrios and Axel Rodriguez don’t offer much to the attacking play, so I don’t see how they would score.

As Racing have pretty much their strongest defensive line, I suspect they’ll keep the ranks closed and play the possession game here. That’s why I expect few chances and few goals in this game.

Lanús and Rosario Central are the bottom two teams in group B of the Copa de la Liga Profesional. But where Lanús are playing in the Copa Sudamericana as well and still have all the chances to win the group and go to the next round in that tournament, Rosario Central’s only focus is the league.

Since Rosario Central appointed new manager Leandro Somoza, the side barely improved, but there is some good news ahead of this game. Striker Marco Ruben, who missed last game, should be back and the same goes for Marcelo Benitez. The two experienced players are considered to be among the most important players in this side, but especially for Benitez, fitness has been a real problem this season.

Lanús seems to be mostly fully fit, but because they have no chance of qualifying for the play-offs and are trying to keep their squad fresh for the Copa Sudamericana they may have some rotation in the side for this game. 41-year-old striker ‘Pepe’ Sand is still one of the key players at Lanús, but it would be a bit too much to ask for him to have several weeks of play twice a week, so I suspect he might sit this one out.

I don’t think Rosario Central are exceptional by any means, but they welcome two experienced and important players back and only have to focus on one tournament. That’s why I expect them to get at least a draw here.

River Plate are clear favourites to win this game, as Talleres are having a pretty poor season. But like in previous games, River will rotate quite a few players to try and maintin freshness within the squad. One player who is expected to start is Julian Álvarez. The striker, already signed by Manchester City, was meant to play the last game, but he felt a little strain in the warm-up and River decided to not take any risk with him. But since then he has trained without issues, so he should be starting this game.

At Talleres, striker Michael Santos is finally back in the side and slowly getting back to full fitness. He missed the majority of this season so far, but on Sunday he played the full 90 for the first time this season. As Federico Girotti is also slowly getting better, it looks like Talleres attacking strength has improved significantly since the start of this season. With Pedro Caixinha, they have a manager in charge who likes to attack and that could be good for the chance of goals for both sides.

Both teams are playing Copa Libertadores and have a tough schedule. Talleres can’t qualify for the play-offs anymore, so especially their focus isn’t in the league at the moment. But most important, both teams like to play football. They don’t just sit back and defend and that should bid well for the chances on goals for this game, so I’d put my money on overs.

Defensa y Justicia are one of the best attacking teams in this league, but at the weekend against Atlético Tucumán, they looked lacklustre in the first half. Tucumán, who aren’t having a particularly good season, slit through the defence several times and Defensa were lucky to be losing only 1-0 at half-time. Defensa improved massively in the second half and pulled it back to earn a draw. In that second half, they created chance after chance and could have even won it and that is exactly where Beccacece’s side is good at; relentlessly attacking. Defensa will probably be without centre back Adonis Frias, who had to come off injured in the last game.

Sarmiento are not a particularly good, nor bad side. But what stands out is that they like to attack as well. Sarmiento scored in nine out of their ten games this season and tend to create lots of chances. But just like Defensa y Justicia, they are not known for their waterproof defence as they only recorded two clean sheets and that could cost them.

Where Defensa are playing Copa Sudamericana as well, Sarmiento are not playing in one of the international tournaments. So, I don’t expect them to hold back in this game. That could mean an exciting match full of spectacle and lots of chances, and that should bid well for overs in this game.

Atlético Tucumán appointed manager Lucas Pusineri last week and at the weekend, that immediately had its effect. They claimed a decent draw against Defensa y Justicia, who were expected to be a level up on them. Especially in the first half, Tucumán were playing really well and they could have even been up more than one goal. They dropped their level quite a lot for the second half, but at least you saw some fighting spirit, and that was a big change from some of the previous matches. Only four days later, they’ll get a chance to continue on that new style, but they won’t have an easy one.

Argentinos Juniors are having a decent season, they are only one point behind the play-offs and won three from the last four games. Like Tucumán, they are not playing in any of the international tournaments, so they are expected to start this game with their strongest line up. That is why the bookmakers make them the favourites for this game, but I suspect they will struggle. Tucumán had mostly underperformed before and with a new manager, who knows what he is doing, I think they’ll go all out to get a result here.

Tucumán are also expected to start with their strongest line up. They will be passionately supported by their fans in their own stadium, so I suspect they will at least get a draw here.

Sign up to Betfair and get a full refund if your first bet loses. Grab an account through the offer below and place £20 on the 7/1 Argentina Primera Division Best Bets Accumulator. Here are the two possible outcomes: