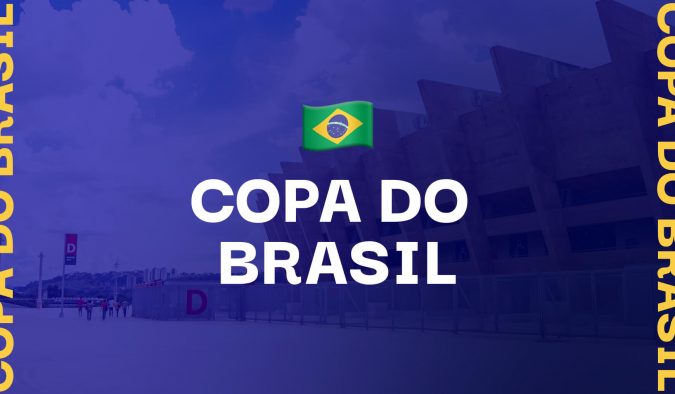 Atlético GO host rivals Góias at the Estádio Antônio Accioly in Goiânia on Wednesday evening to kick off an exciting last sixteen of the Copa do Brasil.

This will be the fourth meeting between the sides this year. First, in the Campeonato Goiano, Atletico enjoyed a 4-1 aggregate victory to become champions of the state. Then in May, Goias earned revenge, by seeing off their rivals 1-0 away from home in a Brazilian Serie A fixture despite playing the majority of the game with ten men, after Henrique Lordelo’s first-half red card.

Coming into the Clássico, Atlético Goianiense have been in decent form recently, with three wins from their last four matches, their only loss coming at the hands of a Palmeiras side who look unstoppable at the moment. On Sunday against Juventude, after going a goal behind in the first half, Atletico fought back to enjoy a 3-1 victory. The expected goals for Atletico GO was at an impressive 4.42 compared to Juve’s 0.69. This was the fifth time in six games that Atletico has had better chances than their opposition, showing they will always provide a goalscoring threat.

It’s been quite the opposite for Goias coming to such a huge game, as they sit in the bottom four in the league and haven’t won in their last four matches, with two draws and two defeats. The fact they now have to turn their attention to a cup fixture could be a breath of fresh air.

At the weekend, they took on Corinthians away from home, putting in a decent effort coming out of the game with a 1-0 loss following a penalty from Fabio Santos. The main problem for Goias in the game was creating chances going forward, which saw their XG at a lowly 0.31.

Despite their low XG in the game, Jair Ventura was appealed with the awarding of the penalty to Corinthians, calling the call a “grotesque mistake”… could he be feeling the pressure after a disappointing few weeks?

Coming into this game here, Atletico will be hoping for revenge after their league defeat a few weeks ago. On that day, Atletico created several chances but failed to find a way past Tadeu. This time around, they will look to be more composed in front of goal. Despite their loss, Atletico comes into this game as favourites and should take an advantage going into the second leg in three weeks.

The two best teams in Northeastern Brazil at the moment, Fortaleza and Ceará will battle it out for a place in the Quarter-Finals of the Copa do Brasil. The sides met last year in the Third Round of the competition and on that occasion, after a cagey 1-1 draw in the first leg, Fortaleza ran riot in the second outing with a 3-0 battering of their rivals. Since then, it’s been Ceará who have enjoyed all the success in the Clássico-Rei meetings with three wins and a draw. Which has seen Vozão score nine times compared to Fortaleza two.

At the weekend, Fortaleza enjoyed only their second victory of the season in the league as they saw off America Mineiro for their first home win of the Brazilian Serie A campaign. A first-half goal from Yago Pikachu was enough to give the home side a 1-0 win, which lifted them from the foot of the table. Fortaleza put up an XG of 1.87 compared to America’s 0.67, which means Leão have enjoyed a better XG than their opponents, in four of their last five games. Having beat their bitter rivals in the Cup last year, they will feel confident about doing the same again.

Ceará come into this game on an impressive run of 12 matches without defeat. Their last outing saw them earn a point away from home against Cuiaba in a 0-0 draw. In truth, it was a dull game with both sides not offering much going forward. Cuiaba’s XG of 0.65 narrowly beat Ceara’s XG of 0.45. Marquinhos Santos’ men will be hoping to be better going forward in this outing, as they seek revenge on last season’s Copa do Brasil defeat to Fortaleza.

The match here is likely to be an exciting affair with both sides eager to get the upper hand on one another. Fortaleza play an attacking exciting brand of football which will see them create chances. Ceara have been impressive on the counter-attack this season, for that reason, there should be at least two or more goals in this encounter.

It’s a case of deja vu for Atletico Mineiro and Flamengo who lock horns for the second time this week. On Sunday evening, Atletico put Flamengo to the sword thanks to goals from Nacho Fernandez and Ademir in a 2-0 win.

The 2021 Copa Do Brasil Champions, Atlético Mineiro enjoyed a 4-0 aggregate victory over Brasiliense at the first defence of their title. This one should prove to be a little trickier, but if it’s anything like Sunday evening, they will feel confident about progressing to the next round. Galo had the most attempts at goal and racked up a higher XG than Flamengo with a 1.49 compared to 0.49. The win was Atletico’s first of any kind in four matches which will relieve some of the pressure on manager Antonio Mohamed.

A problem for Atletico in this game is that midfielder Jair is not expected to feature after going off injured at the weekend with a broken hand. He has had successful surgery and will not be rushed back into action. Otávio replaced Jair and could start from the off.

After victory against Cuiaba, Flamengo will be disappointed they couldn’t back it up last time out in their defeat to Atletico. Despite Flamengo lifting the Brasileirão X2, Copa Libertadores, Recopa Sudamericana, Supercopa do Brasil X2 and the Campeonato Carioca X3 in the last four years, the Copa do Brasil was last won by the Rubro Negro in 2013. They would love to change that but face an almighty task getting past Galo.

Flamengo have a few injury issues of their own. Bruno Henrique will be out for the remainder of 2021 after suffering a knee injury. David Luiz and Fabrício Bruno were expecting to return, but they have not travelled to Belo Horizonte and are out of the match. Everton Soares, who inspired Brazil to Copa America success in 2019, has joined the club from Benfica, but will not feature until July 18th.

After tasting victory in midweek with a solid display, Atlético Mineiro will be confident of repeating that feat once again here to set things up nicely before the second leg in Rio de Janeiro next month.

Sign up to Betfair and get a full refund if your first bet loses. Grab an account through the offer below and place £20 on the 4/1 Copa do Brasil Best Bets Treble. Here are the two possible outcomes: