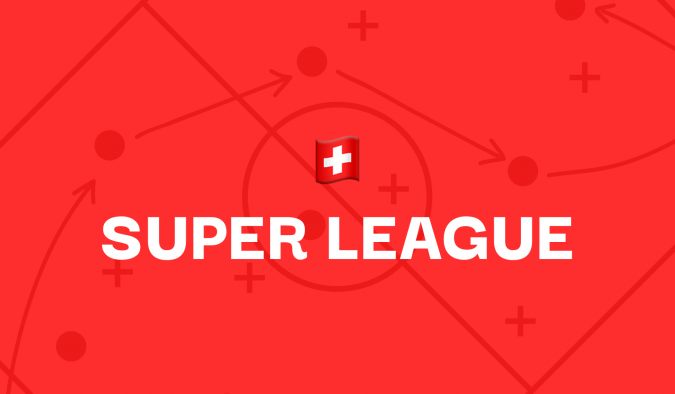 It is a Romandie derby at the Tourbillon on Wednesday evening in the Swiss Super League as FC Sion play host to neighbours Lausanne.

It has been a mixed few weeks for FC Sion in the Super League. They fought hard in their eventual 3-1 defeat to Young Boys in Bern and were narrowly beaten away to Luzern, but they also became the first side since late October to take any points from leaders FC Zurich and came from behind twice at St. Jakob-Park to earn a point against Basel.

Lausanne finally registered a goal for the first time in five matches in their 2-1 home defeat to Luzern on Sunday, but it was only a small consolation as they were beaten for the eighth game in a row. The result has left LS cut adrift in the automatic relegation spot by eight points, and the match itself had to be briefly paused as their furious supporters launched pyrotechnics onto the pitch in protest of both the on and off-field events at the club.

Sion are a strong side at home, winning three of their last five in the Super League and should strengthen their hopes of a top-half finish with victory over struggling Lausanne.

Two sides at opposite ends of the table but two sides in good form will meet at the atmospheric swissporarena on Wednesday as FC Luzern take on FC Zurich.

Luzern continue their upturn in form that has lifted them off the foot of the table and six points clear of the automatic relegation spot. Their victory at Sion and late draw away to Servette was followed up this past weekend with a 2-1 win at the Tulliere against Lausanne and it seems that after a difficult first half of the season, Luzern’s clearly talented squad are clicking into gear and beginning to perform like many had expected they could.

It could be said that the visit of FC Basel to the Letzigrund on Sunday was the real acid test for Zurich’s title quest after they had dropped their first points since October away to Sion in the previous round. Any questions on if FCZ would respond in emphatic fashion were quickly answered as the City Club took control of ‘Der Klassiker’, speeding into a two-goal lead after sixteen minutes and winning the match convincingly 4-2.

FCZ normally get the job done in most of their games this season, but they are less foolproof on the road and concede often, keeping only one clean sheet in their last ten matches. With Luzern’s improvement, I expect an entertaining game and both teams finding the net.

The faint hopes of FC Basel in this season’s title race all but flickered out in their Klassiker defeat to Zurich on Sunday, a result leaves them thirteen points behind the league leaders in third place. It has been a much-improved season for FCB than in the last few years, but they aren’t quite at the level yet to challenge again. As they welcome St. Gallen on Thursday, the focus will turn to catching Young Boys in second-place while ensuring they keep hold of the final European spot themselves with Lugano breathing down their neck.

St. Gallen have probably left it just a little too late to have realistic ambitions of catching Basel in third, but the last few weeks since the winter break has seen a huge transformation in the fortunes of the club. Only five games ago, FCSG were in eighth and looking over their shoulder at a Luzern team four points behind in the relegation play-off spot, but with four wins and one draw in those five matches, FCSG are now eleven clear of Luzern, sit up in fifth and trail Lugano by seven points. It is a reward for the club after some shrewd business in the transfer market, but for also keeping patience with their manager during the rocky start to the season.

FCB are difficult to beat at home, they have lost only once all season at St. Jakob-Park, but St. Gallen were the team to claim that victory and come to the Joggeli this time around in much better form. With Basel scoring and conceding in all but two of their matches at home this season and St. Gallen only failing to score in one of their away matches, I expect goals in this latest meeting.

After a win over Lausanne and a dramatic comeback draw against Young Boys, it was a disappointing performance by Grasshoppers in their away defeat to one of the in-form sides in the league, St. Gallen. It is now only one win from seven for the Zurich club that was promoted last season, but they keep picking up important points which has all but ensured their safety in the division for next season, with a nine-point gap between themselves and the final relegation spot.

Lugano put an end to their mini-slump on Saturday, returning to winning ways after defeats to St. Gallen and Young Boys, with a comfortable 2-0 victory over Servette at the Cornaredo. It is a result that keeps the Ticino side within touching distance of FC Basel in third and has them dreaming of a return to European football for the first time in three years.

In the previous two meetings this season, Lugano were narrow 1-0 winners at the Letzigrund in November while the two teams shared the spoils at the Cornaredo in the first match back in September. Grasshoppers have scored in nine of their eleven home games this season and conceded in them all, while Lugano have scored in seven of their eleven away matches, conceding in eight of those eleven. I expect another tight game on Thursday and goals at both ends.

Sign up to Betfair and get a full refund if your first bet loses. Grab an account through the offer below and place £20 on the 7/1 Swiss Super League Best Bets Accumulator. Here are the two possible outcomes: