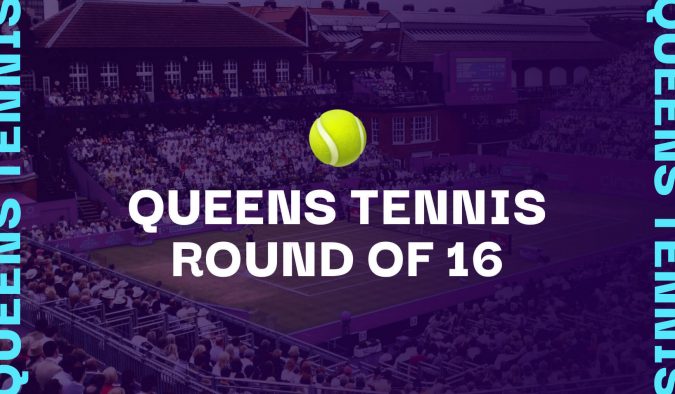 There’s little doubt who has the greater grasscourt pedigree in this match-up.

De Minaur was a semi-finalist at this event 12 months ago and he went on to win the title in Eastbourne the following week. While the Australians have great tradition on the green stuff, the same cannot be said of the Spanish and Davidovich Fokina very much falls into that bracket. His first-round win over Albert Ramos-Vinolas was only his second at tour level on this surface and his first against a top-50 player. However, even beating Ramos-Vinolas on grass is nothing to write home about – like Davidovich Fokina, he’s much more at home on the slower clay.

De Minaur was impressive during his round-one victory over the big serving Reilly Opelka, protecting his own serve well and doing enough on return to make the required breakthroughs. He was also ruthless with his passing shots whenever Opelka came forward.

He’ll face a different test here. Davidovich Fokina will likely try to grind this out from the back of the court (he’ll find his drop shots harder to execute than on the clay) but that’s difficult on the lower-bouncing grass and De Minaur’s speed around the court should make it tough for Fokina to consistently hit winners.

For me, the Aussie has the greater nous and should use that to march to victory.

There’s always an element of risk in turning the set betting on grass where one bad service game can prove very costly but I’m happy to back de Minaur (1.5) on the set handicap here at a shade over odds-against.

Dimitrov will likely win this one but at 1/3 he looks short enough.

The Bulgarian won the pair’s only previous meeting which also took place in fairly fast conditions in Melbourne back in January but it did take him three sets. Perhaps crucially in terms of this contest, he created by far the more breakpoints (17 to 5) and getting dialled in on return is very important on this surface.

Van de Zandschulp also offered up 14 break points to qualifier Paul Jubb in his first match so unless he improves in that department (something he is capable of) then I’d expect Dimitrov to win. Still, as we all know, it’s the odds which make a bet and 1/3 about a player who hasn’t always been the most consistent (or 100% fit) don’t appeal massively.

Perhaps the best suggestion is to back Dimitrov to cover a 3.5-game handicap at 5/6,  something he should go close to if he’s able to fashion those break opportunities.

Draper was excellent in taking down seed Taylor Fritz in round one, proving once again that he has a big future in the game.

The young Briton is now a 4/6 to progress to the quarter-finals and emulate last year’s run at Queen’s Club. That’s probably a fair assessment given the way he played against Fritz, breaking the American’s serve three times and holding his own delivery throughout the match.

His left-handed serve is a major weapon on the grass, especially in the ad court against right-handers such as Ruusuvuori, but all aspects of his game looked in good working order on Monday.

His Finnish foe has also been serving well – the qualifier has lost his own deal just twice in his three matches so far, with three of his last six sets going to a tie-break.

At time of writing there are no tie-break markets available but the chance of one in the match and/or one in the first set may be worth exploring once they do go up.

Talking of tie-breaks, there has to be a good chance of one or two in this contest in which serve is likely to dominate.

These two serve down bombs, as evidenced by their two previous meetings, both of which have been won by Cilic in three sets. Those contests were both played on the slow clay of Rome but still they managed to produce 50 aces – that averages out at 8.3 per set.

That figure can be expected to rise here given the considerably faster surface and chances on return look likely to be limited. Cilic slammed down 18 aces during a scrappy performance in round one against Liam Broady, while Bublik didn’t face a break point and won 86% of first-serve points in the set he played against Lorenzo Musetti.

Bublik is prone to some double faults which could be the problem but I’m still prepared to back over 12.5 games in the first set at 11/5, while for those seeking a bigger price, the 6/1 about over 1.5 tie-breaks looks OK.

Sign up to Paddy Power and get a full refund if your first bet loses. Grab an account through the offer below and place up to £30 on the Round of 16 of the Queen’s Club Championship. Here are the possible outcomes:

How to watch The Queen’s Club Championship