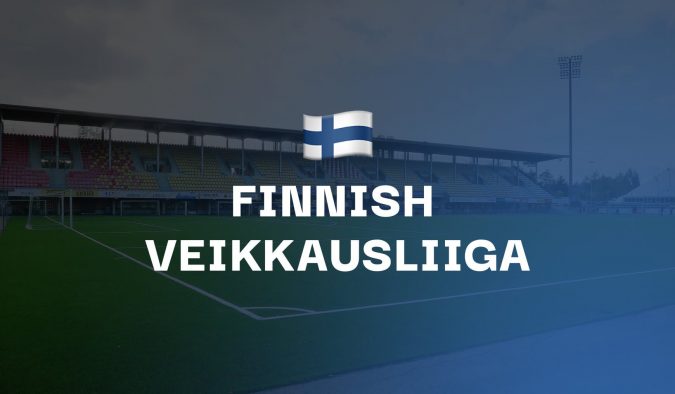 Since making headlines around the world for being knocked out of the Suomen Cup by their own reserves in May, Ilves are unbeaten in their last four league games but needed an injury time winner from talisman Petteri Pennanen to defeat Lahti in their last outing. They’ve only lost once at home in 2022 and despite having to play their home games elsewhere as their own ground is being rebuilt, they’ve done well. Pennanen has scored five in ten since returning to Finland and is incredibly dangerous on the edge of the penalty area. Young defender Tuomas Ollila scored his fourth goal of the season at the weekend and might be next on their long conveyor belt of talent to move abroad.

In the last week, HIFK’s already poor position has weakened as their weak financial state threatens to see the club fold mid-season. Their performance against VPS on Saturday was an utter embarrassment – losing 1-5 at home to a team missing their key player and captain. Goalkeeper and skipper Beto appeared to throw the towel in around the time the third goal went in, and as the half-time whistle went just before midnight, the fans were in full noise but know their team is doomed even if they can get their finances straight. Hopelessly inept from front to back while the whole ship crumbles.

Ilves have too much attacking threat for HIFK to resist and have threats across the first choice XI. Pennanen is key and will have little trouble unlocking the struggling visitors, who are unlikely to put up much resistance.

Both sides were on opposing ends of shock results in the last round – KuPS lost for the first time in 32 matches away to Honka, while AC Oulu were the party poopers as they won at HJK for the first time ever, while the champions were celebrating their 115th anniversary.

KuPS were poor in defeat, Ikaunieks looking exhausted on his return from international duty, half hearted defending and no shots on target as Honka hit them with two early goals and were unlucky not to score more. Coach Simo Valakari has his work cut out to rejuvenate the side after the surprise loss, with the Europa Conference League qualifiers and a top of the table clash with HJK looming. They also have to cope without first choice left back Daniel Carillo who was deservedly sent off for a professional foul at Honka.

Oulu’s impressive season continued with a maiden win at HJK. They rode their luck, allowing several chances which went unpunished, while they benefited from a generous penalty award and subsequent red card. Michael Lopez scored his sixth goal of the season and Oulu remain on the coat-tails of the leaders. The attacking line up will present KuPS significant concern if the leaders are as lethargic as they were on Saturday. The combustible Moshtagh Yaghoubi continues to look dangerous but picked up another yellow and is easily provoked. Coach Ricardo Duarte has rightly received plaudits for the way the team plays but they’ll need to be resilient again, they allow a lot of shots against them in exchange for three point (16 shots, 8 corners to HJK).

It’s likely to be one-way traffic as KuPS need to come back with a win and Oulu will try to hit them on the break. Worth looking at the market for corners.

VPS were the executors of HIFK at the weekend, having the freedom of Helsinki in scoring five goals and have scored more than anyone else in the league (21 in 10 – although ten have come against Lahti and HIFK). “Mr VPS” Steven Morrissey scored another brace and Kalle Multanen finally seems comfortable at this level after being so successful in the second tier for most of his career. It’s important they don’t get carried away – they battered a club in a true crisis and are still in the bottom half. On-loan Ipswich forward Tete Yengi has shown a lot of promise, but not enough to cover the long absence of Seba Strandvall. VPS are currently on a decent run and will rightly feel buoyed.

In ending the year-long unbeaten run of KuPS, Honka demonstrated that there could be a third horse in the title race this year. The fans are starting to return, the goals of Agon Sadiku bring youthful joy and the points on the board give confidence. If Honka can keep this momentum going further, they may well challenge for the championship for the first time in years. But they need to be winning matches like this. Going to this iteration of VPS will test their defence as well as their medal credentials.

Two sides in good form and scoring goals, well worth an over 2.5 goals bet.

Second-bottom host second, with both coming off the back of defeats in the last round. Mariehamn fought well at Haka but left it too late, losing 3-2. HJK suffered a shock defeat at home to AC Oulu.

Mariehamn have struggled again this season, only scoring eight goals in their ten matches so far. As is often the case, they can’t find a consistent striker with 35-year-old John Owoeri doing his best but has only got one league goal. Only the dreadful HIFK are likely to keep the team from Aland away from automatic relegation. Last week saw the sale of young midfielder Oskar Wiklof to Freiburg for a fee, but their set-up means a significant proportion must be reinvested in other club activities. They also have a horrendous record against HJK, their last home win coming in 2015. Eero Tamminen’s goal on Saturday was scrappy but his drought is over and may be able to take a rare chance, but his career suggests that would be wishful thinking.

The champions meanwhile continue to struggle. Striker Roope Riski and defender Valtteri Moren are out for the season, with Bojan Radulovic now banned for this game. Their inefficiency in front of goal has seen them struggle against peers, creating lots of chances but struggling to convert. Against this poor iteration of Mariehamn, the overwhelming opportunities should be sufficient. There was anger about decisions going the wrong way against Oulu, but new signing Fabian Serrarens needs to step up if Anthony Olusanya isn’t fit. HJK should have more than enough quality – but they need a cutting edge.

Sign up to Betfair and get a full refund if your first bet loses. Grab an account through the offer below and place £20 on the 7/2 Finnish Veikkausliiga Best Bets Accumulator. Here are the two possible outcomes: