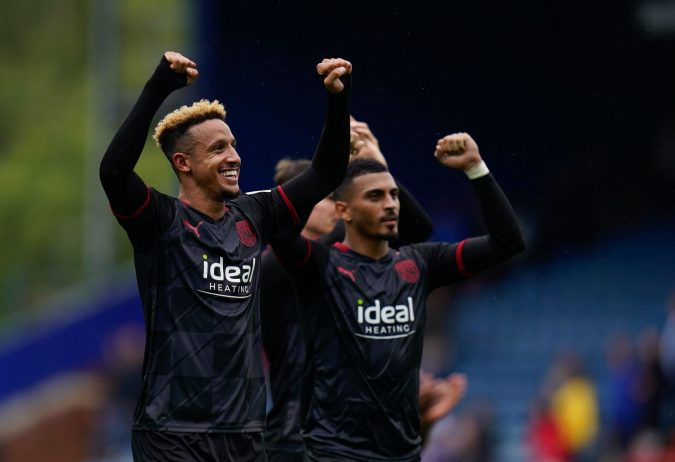 This weekend’s Sky Bet Championship fixtures come to and end as West Brom host Swansea at The Hawthorns. Both teams come into this fixture in pretty horrendous form with West Brom winning 1 from their last 11 games, whereas Swansea will have to avoid another heavy away defeat after conceding 7 in their last 2 away games.

Steve Bruce hasn’t been able to guide his team to a win after 4 games in charge and will hope to turn this poor start around against a Swansea side that have a very poor away record this season, with only the current bottom 3 have picked up less points on the road than The Swans.

There are no new major injury concerns for Steve Bruce with Daryl Dike, Matt Phillips and Bryan out, Jake Livermore is also unavailable as he continues to serve his suspension. Only Kyle Naughton is unavailable for the away side as Hannes Wolf is expected to shake off his knock and return to the squad.

This game doesn’t look to be the most exciting game of the week after doing my research, but it will certainly be an intense affair for both managers. I have put together 3 selections coming in at around 11.71 on Paddy Power, take a look at my research below along with my pre-match Cheat Sheet below.

It’s been an underwhelming start to life at West Brom for Steve Bruce losing 3 from 4 of his games in charge, scoring only 1 goal in the process. West Brom have failed to score in 8 of their last 11 games and have scored 1 goal in their last 8 which is why I don’t see many goals here, and that is why I am backing both teams not to score.

The Baggies rank 19th in goals scored per match with their 35 this season but Swansea has an even worse record in front of goal as they rank 21st for goals scored.

Swansea have failed to score in their last 4 games on the road and both teams have only scored once in their previous 8. The Swans have also only managed to score 3 times in these 8 games. West Brom don’t often see both teams scoring either with only 1 of their last 8 seeing both sides finding the back of the net.

Jayson Molumby to be Booked

Jayson Molumby has started 3 from 4 games under Steve Bruce and with Livermore still susepended, he should feature in West Brom’s starting line-up again.

As you will see from the Cheat Sheet, Jayson Molumby loves a tackle in the midfield averaging 1.73 fouls per game. Which has seen the Irishman pick up a booking 9 times in 21 games, with only 11 starts for the Baggies. He has also picked up 1 red card this season so there is definitely potential for a card in this one.

It could prove to be a bit of a midfield battle here with 2 out of form sides coming face to face, Molumby could be up against Swansea’s Grimes and Downes in the centre of the midfield who both average at least 1 foul drawn per game.

Last time these sides met there were 6 cards in the game, it could be a similar type of match as both teams will see this as an opportunity to turn their form around and lose their heads if things aren’t going their way.

Prediction: Jayson Molumby to be Booked

Callum Robinson to Have 1+ Shots on Target

The final selection of my bet builder focuses on Callum Robinson, the striker is expected to come into the side as Andy Carroll has failed to score in 450 minutes. The Irishman could either come in to replace Carroll or a change in formation could also be on the cards with Robinson playing up top with him to give the Baggies that extra striker which could help with their lack of goals recently.

As you can see from the Cheat Sheet below, Robinson tops the cheat sheet for West Brom for shots on target with 1.26 from his 3.61 shots per game. As poor as West Brom have been, this is a great opportunity to pick up some points here with Swansea’s away record.

Callum Robinson has featured 31 times for the baggies this season with 19 starts, helping his side with 5 goals and 8 assists so far. On his day Robinson can be dangerous and Steve Bruce will be hoping that he can be the man to bring the goals up top with Carroll struggling.

Prediction: Callum Robinson to Have 1+ Shots on Target

Sign up to Paddy Power and get a full refund if your first bet loses. Grab an account through the offer below and place £30 on the 10.71/1 West Bromwich Albion v Swansea Bet Builder. Here are the two possible outcomes: