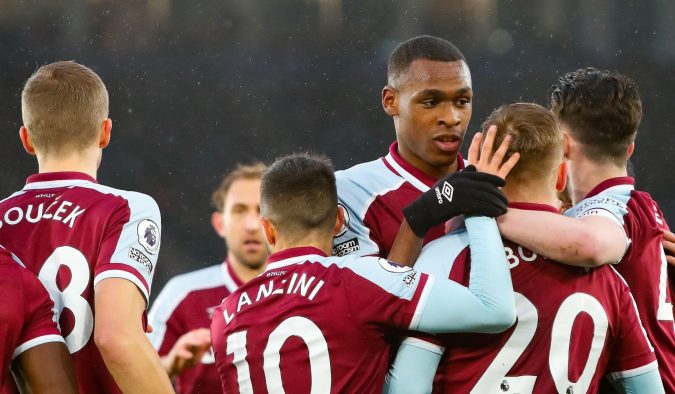 West Ham continue their European fairy-tale as they host Ligue 1 side, Lyon, at the London Stadium in the quarter finals of the Europa League on Thursday night. This will mark the first ever competitive meeting between the clubs with both sides eying up European glory this season.

David Moyes looks to continue the spectacular job he is doing with the Hammers; his side currently sit in 6th in the Premier League and go into this in on the back of a 2-1 win over relegation battlers Everton. West Ham turned their previous Europa League tie around after being 1-0 down before kick-off at the London stadium, with Yarmolenko stepping up for the Hammers in extra time and writing his name in the history books.

Lyon have had a poor league campaign in France’s top tier, sitting in 9th place with the Europa League their only remaining chance of silverware this season. The Europa League is probably the only competition where Lyon have impressed this year, they currently haven’t lost a game so far but travel to an intimidating London Stadium.

David Moyes will be without Lanzini for this tie due to suspension and right back Ben Johnson is a doubt. For Peter Bosz, he will be without tournament top goal scorer Toko Ekambi and talented midfielder Caqueret is also unavailable, meaning that Lyon go into this without two key players.

This should be a cracker at the London Stadium. Take a look at my bet builder selections below along with a pre match cheat sheet!

For the first selection of the bet builder, I am backing West Ham to get the win. The London Stadium has been a bit of a fortress for the Hammers of late and will be fully packed again here. West Ham have won their last 4 games in all competitions on home soil, including their extra time victory over Sevilla in which the fans definitely played their part in intimidating the Spanish side.

West Ham have been in fine goalscoring form at home and have found the back of the net in every home game since New Year. They have also been good defensively, only conceding 4 goals in their last 6 matches at home. The Hammers have won 20 from 29 home ties in Europe overall and 3 of these victories have been this season, all of which West Ham have kept a clean sheet in.

Turning to Lyon, who have been unimpressive in their league campaign  this season, arrive at the London stadium after edging past Porto in the previous round with an aggregate score of 2-1. In Ligue 1, Lyon have only won 4 games on the road from 14 matches. They travel to London where they have never won, having faced Spurs and Arsenal, losing 2 and drawing 1.

It’ll be a tough game for Moyes’ side, but I think they will edge it here and at odds of 2.05 it looks to be a great price in my eyes.

Lucas Paqueta to have 1+ Shots on Target

The next selection for my bet focuses on Lucas Paqueta. Lyon’s talented Brazilian attacking midfielder has established himself as a key player in his sides attack. He has featured 7 times in Lyon’s 8 Europa League games and has hit the target 6 times in these 7 games.

Lyon have the 5th most attempts at goal in Europa League with 46 so far, averaging 5.75 shots on target as a team per game. Whereas their hosts average 2.75 conceded. All of Paqueta’s goals have come from inside the area this season, but the midfielder often tries his luck from range with 33 from his last 75 shots coming from outside the area. Further proving he isn’t scared to have a go at goal, the Brazilian has had 18 shots in 7 games in Europa League so far, averaging 2.6 per game.

Paqueta found the target in both legs against Porto in the previous round and managed to get himself on the scoresheet in the away leg, which proved to be the difference between the sides as his side were held to aa draw at home. Paqueta also averages 1.22 shots on target per game in Ligue 1 and has scored 7 times this season, so he is clearly a huge threat in attack in what looks to be an end to end game.

Prediction: Lucas Paqueta to have 1+ Shots on Target

Craig Dawson to be Shown a Card

The final selection of this bet builder is Craig Dawson to be booked, Dawson has played a key role in West Ham’s defence this season and should start alongside Zouma again here. The English centre back has been West Ham’s unsung hero this season and has barely put a foot wrong since arriving at the London Stadium.

In the Europa League this season, Dawson has made 6 appearances for West Ham and averages 1 foul per game which has seen him pick up 1 yellow card in Europe this season. Dawson also averages 1.33 fouls per game in the Premier League, a lot of Dawson’s fouls come from pushing into the back of opponents and this could be something that is exploited by Lyon.

The main reason for this selection is Craig Dawson’s potential opponents, he could be up against Paqueta and Dembele down the middle and Aouar on the left, who will all make it tricky for the 31-year-old.

Dawson has really been testing the referees recently, in 2 of his last 3 games he has had 3 fouls and escaped a booking in both of them. Also, in the London derby against Spurs Dawson picked up a yellow after a late challenge on Son to stop the counterattack. If Dawson keeps this up, I think he could pick up a booking as referee Felix Zwayer averages 5.67 cards per game in the Champions League this season.

Prediction: Craig Dawson to be Shown a Card

Sign up to Paddy Power and get a full refund if your first bet loses. Grab an account through the offer below and place £30 on the 12.71/1 West Ham v Lyon Bet Builder. Here are the two possible outcomes:

How to watch West Ham v Lyon in the Europa League