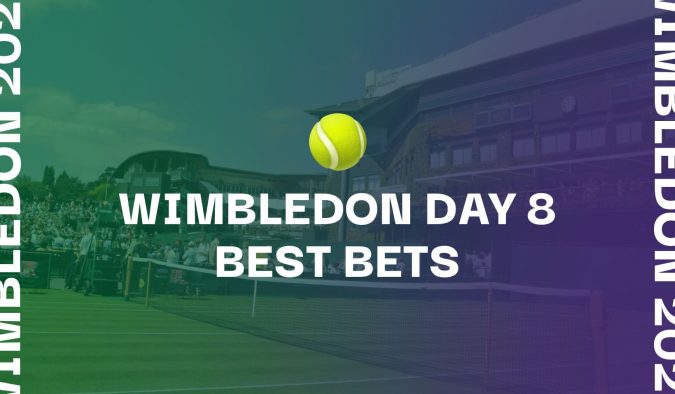 Simona Halep remains on course for a second Wimbledon title but runs into an interesting challenge on Monday, when she faces Paulo Badosa. The Romanian starts as favourite, having won on her last visit to the All England Club in 2019. Since then, things have become a little more complicated, and in the post-Covid era, the Romanian has not progressed beyond the fourth round of any major.

Halep is in line to make her big recovery in London, however. She has been an accomplished performer on grass this summer, with nine wins from her 10 completed matches, including a victory over the big-hitting Amanda Anisimova at Bad Homburg.

She should feel a sense of confidence ahead of this match, too. Indeed, as recently as April, she dismantled Badosa 6-3, 6-1 in Madrid, albeit on clay.

Badosa, meanwhile, has struggled to live up to the impressive season she enjoyed in 2021, winning just 69% of her matches this term. There were signs in her victory over Petra Kvitova that she is coming back towards her best, but she has significantly less experience on grass than Halep and has only once been beyond the fourth-round of a major event – that in France last year.

The edge is definitely with the Romanian heading into this meeting.

Having arrived at Wimbledon off the back of title success in Eastbourne, Fritz is now on a seven-match unbeaten run.

He’s yet to lose a set in SW19 and seems well set to end the dream run of Kubler, who had not been beyond the second round of a Grand Slam prior to this tournament.

While neither man has yet had to face a really good grass courter, it’s Fritz who brings the class to the table here with the 11th seed having now put together a very strong last 12 months, one which included his first Masters 1000 title in Indian Wells where he beat Rafael Nadal in the final.

Kubler came through qualifying to reach the main draw and after his four-hour-plus effort against Jack Sock in the last round, there’s every chance the Aussie is feeling things a bit in his legs.

Fritz’s big serve seems likely to play a big part here and should help him if Kubler does manage to push a set the distance.

Overall, I see Fritz winning this comfortably and will happily back him to win in straight sets at odds-against.

Like him or not, Nick Kyrios is box office, as he proved in his victory over Stefanos Tsitsipas in the third round. The Australian took four sets to overcome his Greek opponent, while he had already been dragged the distance by Paul Jubb in the first round. Nevertheless, the controversial 27-year-old is a man in form and appears laser focused on going all the way at Wimbledon – at least as focused as such a mercurial figure can be.

Up against him in the fourth round is up-and-coming American Brandon Nakashima, who is seeking his big breakthrough on the major stage. Indeed, this is a personal best for the 20-year-old, who is into the second week at a major for the first time.

The youngster promises to provide some stiff opposition. He has shown in the past that he is not easily flustered – although Kyrios will doubtless offer a test of his mentality – and is an excellent returner. Already in this grass court season, he has outlasted Tommy Paul, the big-serving Sam Querrey and in the second round dispatched Denis Shapovalov.

Kyrios is unlikely to find an opponent who will go away easily, and that should make for a fascinating encounter. Eight of Nakashima’s 23 grass court sets this year have gone as far as tiebreaks while another five have been decided 6-4.

This will be the first meeting of the pair, and as Kyrios chases four-straight on-court wins for the first time since 2019, he will have to be prepared for a lengthy encounter if he is to progress.

These two have met three times before and three times De Minaur has won in straight sets. A repeat looks more than possible.

The Australian has played some fine tennis so far, beating Britons Jack Draper and Liam Broady pretty comfortably in the last two rounds.

He’s served particularly well in those matches – bar a late wobble against Broady – and has been able to hit winners, something he’s not always been known for.

He may well keep Garin on the back foot in this one with the Chilean having struggled to hold serve in those previous meetings – De Minaur is averaging no fewer than two breaks per set across the three matches.

Martic has done very well to reach this stage, taking out two seeds in Shelby Rogers and Jessica Pegula. However, you have to fancy the more natural grass court player in this match-up and that’s Rybakina.

She’s also yet to lose a set at this year’s Wimbledon, defeating Bianca Andreescu and the in-form Shuai Zhang in the last two rounds.

Her excellent serve will cause problems for Martic – she’s won a tournament-leading 79% of points behind her first delivery so far and been well over 50% behind her second in all three matches thus far.

Martic is at a similar level on first serve – raising the possibility of tie-breaks – but her second serve hasn’t been as good and that’s an area where Rybakina can capitalise. She made the fourth round here 12 months ago and is capable of going at least one better this time around.

It’s not a get-rich-quick price but certainly one that can be added to accas.

Sign up to Paddy Power and get a full refund if your first bet loses. Grab an account through the offer below and place up to £30 on any of the Day Eight Wimbledon Best Bets. Here are the possible outcomes: