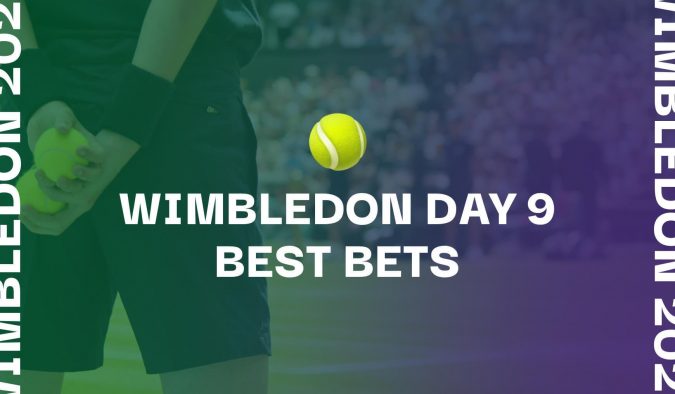 I think punters will do well to note the nature of Goffin’s win in the last round when considering their bets for this contest.

The Belgian needed more than four and a half hours to defeat Frances Tiafoe in five sets, all of which were very tight, and as a man whose body has often let him down over the years, you wonder how he’ll be feeling physically coming into this. Certainly if Norrie manages to claim the first set, this will start looking like a steep uphill challenge for a player whose stamina reserves may well have been drained.

The Briton has looked in good shape in the last two rounds, comfortably dispatching Americans Steve Johnson and Tommy Paul in straight sets to quell concerns about his ability on grass.

To be facing Goffin for a place in his first Grand Slam semi-final looks a very good draw and all things considered, Norrie looks a worthy favourite. But how to back him?

Well, the straight-sets success is worthy of consideration at 21/10 – as suggested, Goffin may struggle to turn things around given the amount of tennis in his legs. However, it’s the game handicap I like the most.

It’s not that hard to see Norrie running away with one of the later sets as Goffin tires and with that in mind, backing the home hope of giving up 4.5 games looks the best play.

Ons Jabeur comes up against Marie Bouzkova on Tuesday as she attempts to reach the semi-finals of a major for the first time. She has twice been in the quarter-finals previously but ran up against far stronger opponents in the form of Sofia Kenin and Aryna Sabalenka, and on this occasion she will start as a strong favourite against the Czech.

Jabeur’s form has been formidable for much of 2022, justifying her ranking as the WTA World No.2. Indeed, she is undefeated on grass this year, dropping only a single set of the 18 that she has played. Of these sets, she has won 13 by at least three games while she has won three of four tiebreaks in this run.

Against Bouzkova, she finds herself up against an opponent who has been punching above her weight throughout this tournament. The Czech came into Wimbledon with a modest 14-9 record for the year but has found form on a surface upon which she has little previous senior success. Wins over Danielle Collins, Alison Riske and Caroline Garcia, though, show that she is a force to be respected.

Jabeur is set to provide a sterner challenge than her previous opponents. After all, the Tunisian has become a seasoned campaigner at the top level of the game. Bouzkova, meanwhile, has only made one deep run at a tournament of note – the 2019 Rogers Cup – and on that occasion she benefitted from Simona Halep retiring hurt.

Expect Jabeur to have too much for her in this clash.

Novak Djokovic looks close to unbeatable at present. On Sunday, he dispatched dangerous wild card Tim van Rijthoven with relative ease over four sets to extend his grass-court winning streak to 25 matches, dating all the way back to the Queen’s Club final of 2018 against Marin Cilic. Only two players have enjoyed longer runs in the open era – Bjorn Borg and Roger Federer.

As he bids to reach the semi-finals, it would be brave to back against him. Sure, he has dropped two sets this week, but his opponents have only reached four games in two of the 12 he has won.

Sinner will provide an interesting test. The 20-year-old Italian has been promising a breakthrough at major level for a couple of years now but has never quite delivered, despite this now being his third quarter-final appearance. In his previous trips to this juncture at Grand Slams, he has yet to win a set, having been beaten by Rafael Nadal and Stefanos Tsitsipas in France and Australia respectively.

A similar fate is likely to befall him at the All England Club. Djokovic is capable of playing at a level above anyone else in the field at present, and even if he leaks a set, he has the capability to change gear and pull away once more.

This will be their second meeting, with Djokovic winning their previous battle comfortably 6-4, 6-2 in Monte Carlo last year. Sinner may be more consistent now than he was a little over 12 months ago, but Djokovic’s quality remains unmatched.

But I also think she’s rather short for this match at 1/2 given the opposition.

The level of opponent Maria has faced so far in the tournament has undoubtedly been higher. She’s already taken down seeds Sorana Cirstea, Maria Sakkari and Jelena Ostapenko. Cirstea was a semi-finalist at the warm-up event in Birmingham, while the latter two had both been touted as dark horses for the title in SW19.

Admittedly, Niemeier did beat second seed Anett Kontaveit, although her grass court record isn’t the strongest. And I wouldn’t be placing too much weight on Niemeier’s last-16 victory over Heather Watson.

The other factor in play here is the all-German nature of this clash. Maria is someone Niemeier has looked up to growing up and there may be a mental advantage for the older player there.

Experience could also play a part. While neither player has played in a Grand Slam singles quarter-final before, Maria seems less likely to be daunted by the big stage given her longevity on the tour.

All things considered, Maria looks a chunky price and represents a bit of value on Tuesday’s coupon.

Sign up to Paddy Power and get a full refund if your first bet loses. Grab an account through the offer below and place up to £30 on any of the Day Nine Wimbledon Best Bets. Here are the possible outcomes: