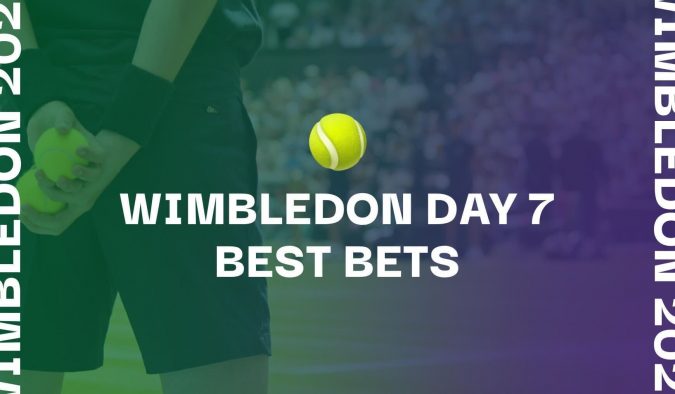 Norrie may have won the last two matches between this pair but it’s Paul who looks good value for this ‘Middle Sunday’ clash.

The American is yet to lose at set at Wimbledon 2022 and he’s eased past a couple of decent grasscourt players in Adrian Mannarino and Jiri Vesely without losing his serve in the last two rounds.

That followed on from a decent build up to the tournament with Denis Shapovalov and Jannik Sinner among his victims at Queen’s Club and Eastbourne respectively.

The jury remains out, at least to some extent, on Norrie when it comes to grass.

He didn’t have to do much against Steve Johnson last time out but before that he’d struggled past Jaume Munar in five sets.

This represents a bigger challenge than both of those matches and it’s a little surprising to see the home hope at such a short price.

Paul has already played three left-handers so should be well set up to face Norrie, a player he has troubled in the past.

Their overall record sits at 2-2 with three of the four matches having gone to a final set.

In short, Paul looks the bet here at the prices.

The layers pretty much make this a pick ‘em affair.

Both players are in fine form with Garcia having come into this event off the back of a title in Bad Homburg in Germany last week. She’s since beaten both Emma Raducanu and Shuai Zhang too.

But Bouzkova is playing well too and should not be underestimated here.

She knocked out seventh seed Danielle Collins on the opening day and in the last round saw off Alison Riske, always a big threat on grass, in straight sets.

With both players pretty happy with their game right now, a big thing here could be the pair’s previous meeting which came on grass in Birmingham last year.

On that occasion, Bouzkova’s aggressive tennis saw her lose just three games and there has to be a chance that’s left a mental scar on Garcia.

The Czech is the pick for me here.

These are two of the best players in the world but also two who have very little grasscourt experience – neither man has played 10 tour-level matches on this surface.

That throws in some doubt about how this will play out but it’s fair to say both men have managed to bed themselves in during the last three rounds.

Alcaraz sailed rather close to the wind in round one, needing five sets to defeat Jan-Lennard Struff, whose flat-hitting proved difficult to deal with. However, he was devastating against Oscar Otte last time out.

Sinner was also a comfortable winner on Friday, easily beating Andy Murray’s conqueror John Isner. This will be a considerably different contest but I do feel he’s capable of living with Alcaraz from the back of the court, where this match will largely be decided.

He’s got the game to compete with the best and is also a notable performer on the big points – he sits eighth for break-points converted on the ATP Tour this year – and that’s something which could be crucial in this contest.

I’d expect another close battle and wouldn’t be surprised to see a deciding set.

Over 38.5 games at 8/11 looks a fair play with the bigger lines also worth a look for those after bigger odds.

Watson may struggle with Niemeier’s heavy serve in this one and for all the Briton’s good form, the German looks the right favourite here.

Niemeier should outserve Watson, as she did her first two opponents here at Wimbledon – she held serve throughout the opening two rounds.

She’ll have to deal with the home crowd but at the same time Watson knows this is her first outing at this stage of a Grand Slam and while she’s the underdog with the bookies, she’ll also know that facing a player ranked 97th in the world in the last 16 certainly gives her an opportunity.

In that sense, there is pressure and Watson hasn’t been a player who’s always dealt with the occasion well.

I felt it was significant that she said the other day that “I wasn’t actually that nervous” when trying to close out a match – nerves have often been an issue when ‘closing time’ has arrived.

Niemeier was tested much more by Lesia Tsurenko in the last round when her serve came under greater attack but I’m not convinced Watson can assert the same pressure.

I’m therefore happy to side with the favourite, who looks good acca fodder for those putting together multiples for what is Wimbledon’s first scheduled ‘Middle Sunday’.

Ons Jabeur has shown so far why many believe that she can go on and win the Women’s Singles title at Wimbledon, with three impressive victories in her first three outings. The Tunisian has yet to face an opponent of particular note, but in her matches to date, he has given up only 13 games and has yet to come close to dropping a set.

Sunday’s encounter against Mertens should prove more strenuous but it is one that she should win with some comfort. Indeed, victory would stretch her winning run to nine matches, with Jabeur looking entirely comfortable on grass after picking up the title in Berlin – a run that saw her beat three top 40 players, including Coco Gauff and Belinda Bencic.

Mertens, meanwhile, might have overcome Angelique Kerber in the third round, but that is out of character in terms of what she has produced on grass this season. She struggled past Camila Osorio and Panna Udvardy in the first two rounds and was reliant on converting 4 of 5 break points against the German in round three – a feat she surely will not be able to replicate against the in-form Jabeur.

One point of hope for Mertens is that she has won the only previous meeting between this pair, but that was on a hard court. Look of Jabeur’s slice to be more effective on the grass of Wimbledon, giving her game the type of bite that should see her move through to the quarter-finals for the second year in succession.

Novak Djokovic is the man to beat at Wimbledon, which is a venue where he has not tasted defeat since retiring hurt from his 2017 quarter-final with Tomas Berdych. He has subsequently gone on to win the last three tournaments and has typically won his matches with a significant degree of comfort. Sets have been dropped here or there, but his response has typically been emphatic.

In Djokovic’s previous 15 matches at Wimbledon played in the round of 16 or earlier, he has won 12 with a handicap of -7.5. One of the exceptions came against Kwon Soon-woo in the first round this year – but this was his first grass court match of the season. Since then, he has given up 14 games in total in two comfortable outings.

Tim van Rijthoven stands in his way on Sunday. The big-serving Dutchman is enjoying a breakout season and has won all eight of his grass court matches so far this year, including wins over Taylor Fritz, Felix Auger-Aliassime and Daniil Medvedev. Djokovic, perhaps the best returner in the history of the game, is a very different animal to any of these players, though.

Van Rijthoven, meanwhile, is into entirely unknown territory. This is his first appearance in any main draw of a major at the age of 25, and while he may feel that he has nothing to lose, even with his excellent record this year, it is unlikely to stop the improving Djokovic. Look for the Serb’s quality and experience to tell in a one-sided affair.

Sign up to Paddy Power and get a full refund if your first bet loses. Grab an account through the offer below and place up to £30 on any of the Day Seven Wimbledon Best Bets. Here are the possible outcomes: