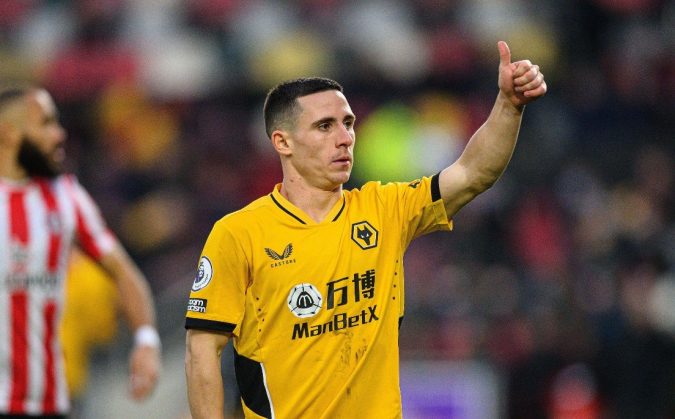 Wolves are back to Premier League action at Molineux as they host Arsenal with both teams eyeing up a lucrative top 4 spot. A win here for Wolves would see them leapfrog their opponents against an Arsenal side who have failed to score in their last 4 games in all competitions.

Both sides felt the sting of losing players to Spanish Giants Barcelona last week with Adama Traore and Pierre Emerick Aubameyang moving to the Catalan outfit, leaving them both without that injection of pace that they offered.

Wolves will be without a number of players including Jonny, Boly, Neto and Hwang Hee Chan due to injury, Trincao is also unlikely to feature as he recovers from COVID. However, the return of Roman Saiss in defence will be a boost to the home side as he returns from AFCON.

Arsenal face injury problems at right back with Tomiyasu and Cedric both a doubt. The Gunners will also welcome back Partey and Xhaka into the midfield to form their familiar partnership in the heart of the midfield.

I have put together 3 selections for this one at odds of around 9.26 on Paddy Power, take a read below at my reasons for my selections along with a pre match Cheat Sheet!

Granit Xhaka to be booked

With Granit Xhaka returning from suspension this selection is probably no surprise. This man is one of the biggest hotheads in the league and in a recent interview stated that he will not change the way he plays to try and avoid cards.

The Swiss midfielder has already managed to pick up 4 yellows and 1 red card in the Premier League so far this season, which is pretty impressive considering he has only played 10 games. Also, as you can see form my Cheat Sheet below, Xhaka averages 1.74 fouls a game and I fancy it to be a heated affair in the middle of the park, with fiery personalities on both sides with Xhaka battling it out with Neves, Dendoncker and Moutinho.

If Xhaka returns to his usual position on the left of the two Arsenal defensive midfielders, potential opponents include the likes of Podence, Jiminez and Fabio Silva running at him while also dealing with Semedo down the Wolves right wing. All of whom have high ‘fouls drawn’ on the Cheat Sheet below, with the standout being youngster Fabio Silva who averages 3.33 fouls drawn per game. However most of these appearances do come from the bench.

Here’s a stat though, in Granit Xhaka’s last 5 appearances in all competitions, he picked himself up a card in 4 of these including 1 red card!

Prediction: Granit Xhaka to be booked

As important a game as this one is in terms of moving closer to the top 4 for both teams, I just can’t see this one being a thriller. Arsenal have been woeful in front of goal recently and failed to score in their previous 4 games in all competitions including a 1-0 defeat to Nottingham Forrest. Mikel Arteta has some serious goalscoring struggles but the Arsenal manager failed to bring in a replacement for Aubameyang and will have to rely pretty heavily on Lacazette to bring in the goals for the remainder of this season.

Despite their position in the table, only 2 teams have scored less goals than Wolves’ 19 this season, and that is Norwich and Burnley. However, they rarely concede either with Manchester City the only team to have conceded less goals so far, with Wolves going into this one having only conceded 16 goals in Lage’s first season in charge who has made them into an extremely solid side defensively.

I expect this one to be a bit of a dull game and wouldn’t bet against a draw either, but I’m going for under 2.5 goals at odds of 1.57.

Daniel Podence to have 1+ Shot on Target

The final selection of this bet builder focuses on Wolves forward Daniel Podence, the Portuguese international can play on the wing or in a more central role and often finds the target. He has really settled into life in the Premier League in the last few seasons since his move from Olympiacos in January 2020 after he struggled for regular gametime in his first season at Molineux.

As can be seen from my Cheat Sheet below, Podence manages to find the target 1.16 times on average per game and on his day, he can have multiple shots on target. When Wolves played Manchester United at the beginning of the year Podence found the target 4 times in the 88 minutes he played. With Arsenal’s current form and defensive issues with no right back fit I think this could present Wolves a few decent opportunities at Aaron Ramsdale’s goal.

The 26-year-old will almost definitely start having established himself in Bruno Lage’s squad who has started him in Wolves’ previous 6 matches across all competitions.

I fancy Podence to have at least 1 shot on target and at odds of 1.62 it is a decent price to round off this Thursday night bet builder.

Prediction: Daniel Podence to have 1+ Shot on Target

Sign up to Paddy Power and get a full refund if your first bet loses. Grab an account through the offer below and place £30 on the 8.26/1 Wolves v Arsenal Bet Builder. Here are the two possible outcomes:

How to watch Wolves v Arsenal in the Premier League